Myanmar 'backsliding' on path to democracy

High hopes for Myanmar's transition to democracy have given way to concerns about stagnation and unfulfilled promises. Democracy activist Aung San Suu Kyi says no significant reforms have been made in two years. 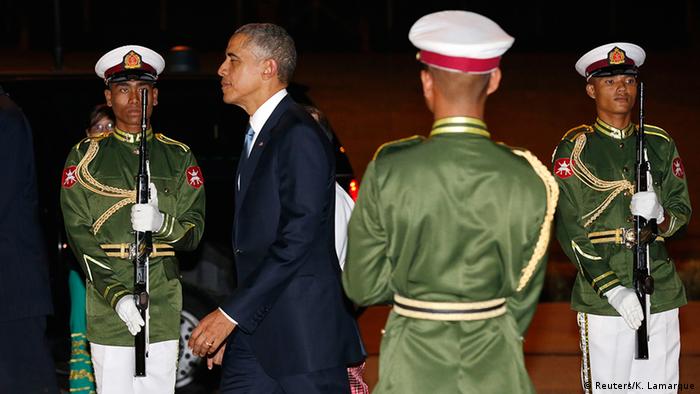 Three years ago, Myanmar, also known as Burma, turned away from a half-century of military rule amid pledges to enact political and economic reforms and the Obama administration touted the development as a great success of its Asia policy. The reforms - and associated US sanctions relief - were deemed an example of the United State's commitment to young democracies and an alternative to Chinese influence in the region.

But Obama acknowledged that progress toward the agreed-upon reforms has slowed, telling Myanmar's The Irrawaddy news magazine that while there had been progress on economic and political reforms, areas such as rights for religious and ethnic minorities and press freedom have seen "a slowdown and backsliding."

As the pace of reform has slowed, the nation's pro-democracy icon Aung San Suu Kyi, who will meet with Obama on Friday, cautioned against "over-optimism."

"What significant reforms have been taken within the last 24 months?" Suu Kyi said at a news conference. Suu Kyi herself remains barred from next year's presidential elections because of constitutional rules designed to prevent her from running.

"There's no certainty about the future," said US ambassador to Myanmar Derk Mitchell. "There's nothing inevitable about this all succeeding." 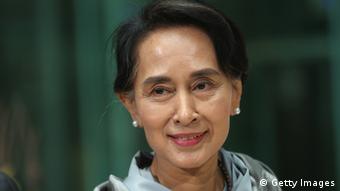 Human rights activists and other critics of US policy in Myanmar argue the United States loosened economic sanctions too quickly - before the nation had implemented the reforms it had agreed to.

Suu Kyi is currently campaigning to change the constitution which sets aside a quarter of the legislature for unelected soldiers, and which bars her from running for the Presidency.

In western Myanmar, ongoing violence against minority Muslims in the state of Rakhine continues unabated. More than 100,000 Rohingya Muslims have fled the largely Buddhist country in the past two years.

Activists are also concerned about prosecutions against journalists and protesters, with one reporter being shot and killed by the military last month.

Obama acknowledged that the pace of progress has been slower than desired.

"I've always been clear-eyed about how difficult this transition would be," Obama told The Irrawaddy. "But as president, I'm determined that the United States will remain a partner with those who seek greater freedom, prosperity and dignity."

President Obama is scheduled to meet with Myanmar president Thein Sein in the capital of Naypyitaw Thursday, before traveling to the city of Yangon to meet with Suu Kyi on Friday.

Ordinary residents are not holding out too much hope the meetings will yield tangible change.

"We are just normal people. I don't think [Obama] can come down and see our situation, he will only be at the top level," 32-year-old resident Nyein Chan Kyaw said.

The ASEAN conference has brought leaders to the capital of Myanmar to discuss topics as diverse as trade, territory, and terrorism. Some used the opportunity to highlight Myanmar's controversial humanitarian record. (12.11.2014)