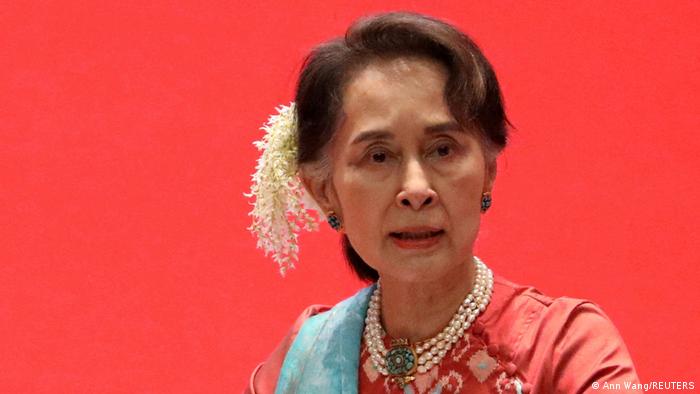 Myanmar's ousted leader Aung San Suu Kyi has been transferred from house arrest to prison in Naypyidaw, where she is being held in "solitary confinement," the military said Thursday.

"It is confirmed that Daw Aung San Suu Kyi was sent to the prison... in accordance with criminal laws," military spokesperson Zaw Min Tun said in a statement, adding that the Nobel laureate is being "well treated."

Suu Kyi faces 11 charges of corruption, each of which carries a possible sentence of up to 15 years, meaning she could be handed a prison sentence of more than 150 years.

Since her ousting in a coup last year, Suu Kyi, 77, had been under house arrest at an undisclosed location in the capital Naypyidaw, accompanied by several domestic staff and her dog, according to sources with knowledge of the matter, news agency AFP reported.

Meanwhile, the military's promise of free and fair elections in 2023 has been described as "preposterous'' by Tom Andrews, the United Nations' special rapporteur on the situation of human rights in Myanmar.

"Their propaganda machine works around the clock and they'll take any shred of evidence that they could find to make it appear as if the international community recognizes them as legitimate. That is something that we are very cautious and very careful of and not fall into that propaganda trap," he added.

The military seized power in a coup on the morning of February 1, 2021, claiming the previous year's election result — which saw Aung San Suu Kyi's National League for Democracy (NLD) party win by a landslide — was a fraud.

The army subsequently appointed new members to the Union Election Commission, which said that next year's nationwide ballot would be free and fair.

Myanmar, 1 year after the military coup