My Mother, the Terrorist 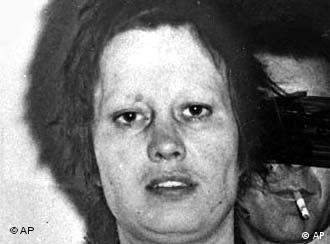 Ulrike Meinhof was arrested in 1972 and killed herself in 1976

Bettina Röhl didn't exactly have what you would call a trouble-free childhood. In 1968, at the age of six, she witnessed the divorce of her parents -- Ulrike Marie Meinhof and Klaus Reiner Röhl, editors of the West German leftist magazine Konkret.

Only two years later, her mother helped Andreas Baader, a revolutionary, petty criminal and high school dropout, escape from prison. The two became infamous leaders of a revolutionary terrorist group known as the Red Army Faction (RAF), responsible for a series of robberies, kidnappings and bombings all over Germany. At least 30 people including prominent industrialists and businessmen were killed in RAF attacks.

When Bettina was only 10 years old, Ulrike Meinhof was captured and preliminarily sentenced to eight years imprisonment. Four years later, she committed suicide. 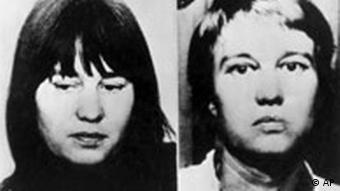 Police handouts on Ulrike Meinhof from 1972

Today, Bettina Röhl is a journalist living in Hamburg. She caused quite a stir in 2001 when she revealed that German Foreign Minister Joschka Fischer used to be a militant "street fighter." In 2002, she fought, successfully, to have her mother's brain -- which sat in a container with formaldehyde for 26 years -- reunited with her body and laid to rest in a Berlin cemetery.

And she is still trying -- both personally and politically -- to come to terms with her family's history. Röhl's ambitious book entitled "Making Communism Fun! Urlike Meinhof, Klaus Rainer Röhl and the Konkret Files" will hit the bookstands in Germany this week.

It is a complex and unflinching analysis of the work her parents did in the years leading up to Meinhof's radicalization as a terrorist. It reveals, among other things, the extent to which the underground Communist Party of Germany (KPD) -- which was outlawed by the Federal Constitutional Court of Germany in 1956 -- influenced the West German student movement in the sixties. It also tells a fascinating Cold War story about Konkret as a mouthpiece of the East German communists in the West.

Digging up the archives 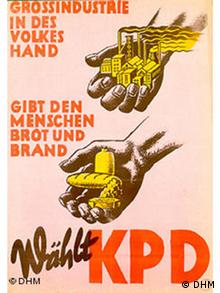 KPD was banned in West Germany in 1956

In the Berlin Federal Archive, which now also contains the holdings of the former Central State Archive of the German Democratic Republic, Bettina Röhl discovered comprehensive evidence that her parents' avant-garde magazine was, at least until 1964, controlled and financed from an East Berlin cell of KPD.

The "contents and character of the magazine" were so important to the comrades from the East that Konkret caught the attention of and received direct approval from Erich Honecker, head of the Central Council of the Free German Youth (FDJ) at the time and future secretary general of the East German communists.

To prevent an obvious identification with the GDR, every effort was made to publish at least one anti-communist article in every issue of the magazine. At the same time, Röhl was receiving 40,000 deutsche marks (about 20,000 euros or $23,810) in cash from East Berlin for every issue he published.

While she described her mother as a communist "out of passion," Bettina Röhl said that over time her father turned into a "useful idiot" following direct orders from East Berlin 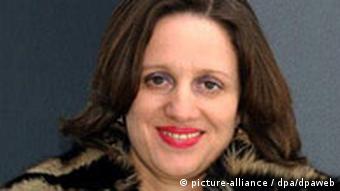 The Röhls' cooperation with East Berlin, however, came to an abrupt end in 1964. The newly appointed Stalinist apparatchiks from the other side of the Berlin wall were no longer enamored of the magazine published in the capitalist West and especially not of the editorial liberties which the Röhls occasionally took -- not hiding, for instance, their pro-Chinese views.

After Meinhof went underground in 1970, Klaus Reiner Röhl continued publishing Konkret for another three years. Meinhof was offered "a new identity" in East Germany, but she turned the offer down. Instead, she opted for the "urban guerilla" warfare of the Red Army Faction.

In her book, Bettina Röhl is trying to come to grips with the reasons why her mother made the fateful move from being a critical journalist to becoming an active terrorist.

"Who is this East-obsessed 26-year-old brat, who can rule out her own liability and divide the Germans into the good and the bad?" Bettina Röhl asks herself, referring to the article entitled "Hitler in you," which Meinhof published in 1961.

Foreign Minister Joschka Fischer was once a leftist radical who was involved in civil unrest and agitation in the 1970s. Now he is one of the most popular politicians in Germany with huge international experience. (July 20, 2005)

A controversial exhibition based on the life and times of the Red Army Faction, Germany's own notorious terror group, opens in Berlin on Saturday in the face of continuing opposition. (Jan 29, 2005)

The brain of Ulrike Meinhof, which has sat in a container with formaldehyde for 26 years following scientific research, will be buried along with her body in a Berlin cemetery. (Nov. 14, 2002)

Chancellor Angela Merkel is in the US for probably the last visit before she leaves office, as severe flooding engulfs parts of western Germany. Nord Stream 2 was a key topic in her talks with President Joe Biden.