Anna Maria Hetzel has been a half-orphan almost all of her life - her father died when she was only five years old. The now 23-year-old tells Life Links how she has coped with his absence ever since. 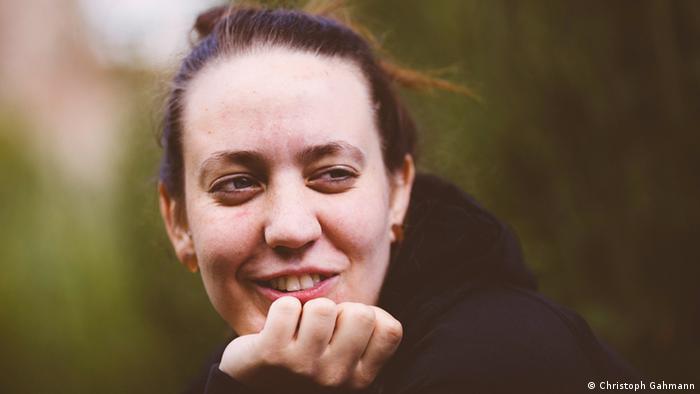 Life Links: Anna Maria, your father died when you were only five years old. After his death you grew up with your mother and your five siblings. What do you miss most about your father?

Anna Maria Hetzel: I guess I miss having a male key figure in my life. My dad often took me horse riding or we would go on trips with his motorcycle. He put me on a little carriage next to him and we would hit the road. Sometimes we went to watch football games. He did that with all of his six children; he was so good at being a dad.

Do you remember the events surrounding his death?

He died in January 1997 on my sister’s 18th birthday. He had a particular kind of tongue cancer which only got diagnosed in late 1995, so the cancer had already reached a late stage. There was nothing the doctors could do anymore. He became weaker and weaker and the cancer started to affect his vocal chords. Then he had phases where he couldn’t talk anymore and had to communicate with us by writing on a board. 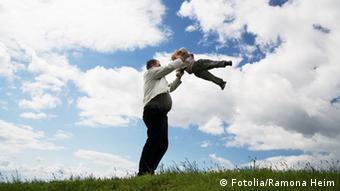 A few weeks before his death he knew his time had come. We put on a huge good-bye party with a church service. About one hundred people came, friends from all over the country. I remember that because I sang a song to him in front of everyone. It was called: "Daddy, you're the best."

What made him the best father in your eyes?

I love thinking about my fifth birthday. I went to see my dad in the hospital and we organized a little party there. He gave me a tape with lullabies because he couldn’t be home to sing me to sleep, so he hoped the tape would do. And it did!

Today, I like the same kind of music that he used to like, which makes me happy every day. He loved Eric Clapton, Johnny Cash, Bob Dylan - and so do I.

Do you remember the moment you found out that he had died?

He died in the early morning hours. We actually wanted to surprise my older sister for her birthday before going to school. My mom woke us up; she was crying and said that dad had now gone to heaven. He was lying on the sofa in the living room as if he was sleeping.

I remember my mother crying bitterly. I went over to her, and she loves telling people that I was the one who comforted her straight away. Apparently I said she doesn’t have to cry because he’d be in a place where there’s no more pain.

How were the days and weeks that followed? 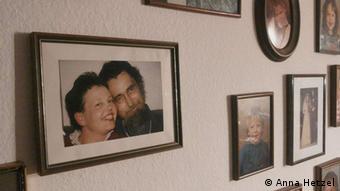 We cried a lot. My brother, sisters and I didn’t go to school for a while.

Our friends really kept us grounded during that time. But somehow we always knew he would eventually die. No one got depressed, not even my mom, despite suddenly being left alone with six children and a care clinic to run all by herself.

How is your family affected by your father's absence today?

My sister, whose 18th birthday it was when he died, still thinks about it every year on her birthday. I think she is still scared of being left alone. That’s why it was really important for her to get married on my dad’s birthday.

On a more general note, we are trying to have lighter conversations about death. It’s not like we’re joking about my father’s death but we do treat both life and death with a pinch of salt. At a family gathering earlier this year we discussed funerals and what needs to be organized in case something happens. It’s not a taboo.

Did you ever feel anger or resentment because you lost your father at an early age?

I felt really sad on my first day of school and at my graduation: other people my age had two proud parents. These were significant events. I was sad because he couldn’t be there. Or now, when I hold my nephew in my arms, then I think about how he’ll never meet his grandpa.

Another moment when it hit me was when my brother got married. His wife was led down the aisle by her father and I realized that I will never have that. There are moments today when I’m actually sadder than I was when he died, because back then I was too young to fully comprehend the implications of his death. 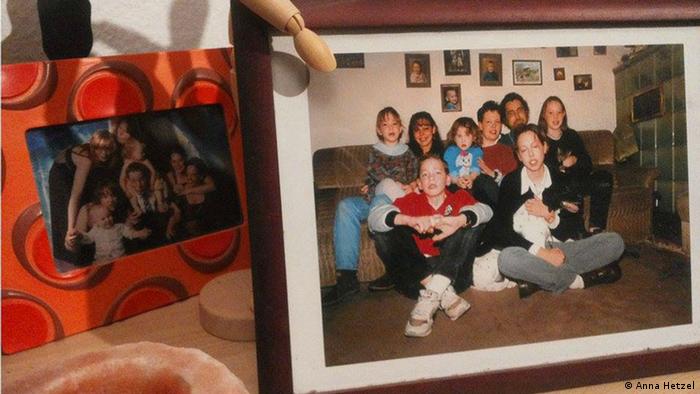 When Anna Maria's father died of cancer, he left behind six children and his wife - but the family didn’t let the grief win

What helps you remember your father in your everyday life?

I still have his old denim jacket which I love wearing. The last picture we took as a family is on my desk and I look at it every day. Three years ago I got a feather tattoo. That was our thing - he loved freedom and the idea of American Indians. That culture was a huge part of my childhood.

As painful as losing your father has been for you, did anything positive come out of it?

I realized that you should always value your family no matter how bad things are at the time. With five siblings and a constantly growing family of nephews and nieces, family doesn’t ever stop for me. It gets really exhausting and you have to learn to still always love each other but that’s where the fun part begins. I want to have a big family one day, too, so it never gets boring at home.

They call our house the 'Ebola house'

Amid the mounting human cost of Ebola is the misery endured by children whose parents and siblings have succumbed to the epidemic. Orphans in Liberia tell of unfeeling, hostile neighbors. (06.11.2014)

A new law will give children of anonymous births the right to know their mother's identity. But some experts criticize the law for not abolishing so-called "baby hatches." (10.06.2013)

The Second World War ended in May 1945 - but not for the German "Wolfskinder," or "wolf children." On their own, they made their way from East Prussia to Lithuania, a decision they'll never forget. (09.05.2013)