′Muslims in Germany have rights and obligations′ | Germany | News and in-depth reporting from Berlin and beyond | DW | 18.06.2013

For the first time in Germany, a Muslim community has been granted 'corporation under public law' status. Abdullah Uwe Wagishauser, its chairman, tells DW that this includes rights as well as responsibilities. 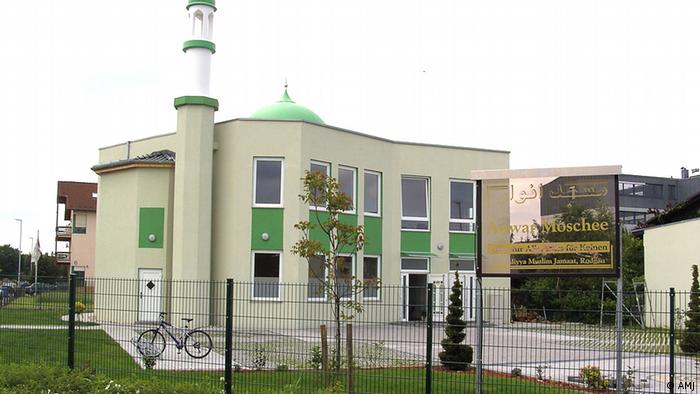 The Culture Ministry in the state of Hesse has granted Ahmadiyya Muslim Jamaat (AMJ) in Frankfurt, a Muslim religious community, the status of 'corporation under public law' - a first in Germany.

Legally, the new status puts it on par with the major Christian churches and the Jewish community in Germany. Public corporation status gives the communities certain rights, including the right to pass laws for their organization and raise taxes from members.

Abdullah Uwe Wagishauser has served as AMJ chairman since 1984. Active in Germany since the 1950s, the AMJ, with its 39 mosques and more than 35,000 members in about 225 communities, is regarded as a moderate Muslim reformist movement.

DW: What does your religious community stand for? 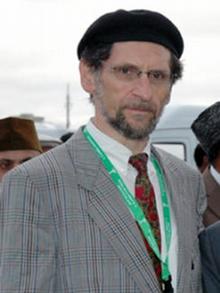 Abdullah Uwe Wagishauser: We stand for Islam, for peaceful Islam, for Islam that is as compatible with the laws of the country we happen to live in as it was 1,400 years ago.

The AMJ has been granted public corporation status above all because some primary schools in Hesse will be offering Islamic religious education for the first time when the new school year begins. The federal state needs appropriate partners for the project. Did that accelerate the recognition process?

Most certainly. There were many things we did not have to commission - for instance the report on issues concerning religious studies or the legal report. They already existed, so we could build on that.

Was there any opposition, were there protests - or did the recognition go smoothly?

This recognition is purely an administrative act. Under German law, the public is not asked its opinion. There was no opposition from that side. There were some legal inquiries. The process was quite speedy and we were pleased to see how quickly it led to recognition. We always met with very understanding and open people in the Hesse state government and the Culture Ministry, we never encountered any difficulties. Communication was good - I am tempted to say it was harmonious.

What are the AMJ's new rights?

Our status means we can now establish foundations and thus legalize our Imam Institute and turn it into a state institute - it is only an academy at the moment. We can set up a Muslim cemetery, which is something we plan to do. We could get a seat on the supervisory boards of the public broadcasters, although I don't think they'll just offer us that without being asked. We could apply for airtime for religious broadcasting on public stations. When municipal town planning schemes are designed, we can point out Muslim concerns, which could be important in Hesse when mosques are constructed. Those are some of the rights. We still have to find out what else there is; it is an area that lacks comprehensive jurisdiction.

Could you raise taxes from your members along the lines of Germany's church tax?

We could do that, but we have a very good donation system that is also very communicative. That is a need we do not see at the moment.

Those are the rights - what about the responsibilities the status involves?

Of course you have the duty to behave as a part of the state. Our former status was that of an association, we were on an equal footing with athletic and cultural clubs. Now we are on a par with the Christian and Jewish religious communities. That puts us on the same level as these communities. That gives us obligations, such as welfare work, like caring for elderly Muslims, hospice care and chaplaincy in prisons or in the Armed Forces.

What future opportunities do you see for your religious community with its new public corporation status?

One of our fantasies is that the status might give a new direction to the discussion of whether Islam belongs to Germany or not: that it simply is a matter of course and will continue to develop, and that Muslims are then regarded as a fixed part of society with all the rights and duties that they are granted and must fulfill. It should be normal that Muslims take part in shaping this society, and shaping it in a positive way.

At an annual conference, Muslim organizations in Germany will discuss changes they hope will lead to more parity with German Christians. But the event has drawn criticism both from participants and others. (06.05.2013)

Some of Germany's Muslim leaders are criticizing a book which says that belief in God is not mandatory in Islam. The author is on the defense - particularly since he heads the organization that trains Islam teachers. (28.02.2013)