A 12-year-old Muslim schoolgirl in North-Rhine Westphalia will have to take part in co-ed swimming lessons, a court in Duesseldorf ruled on Wednesday, May 7. 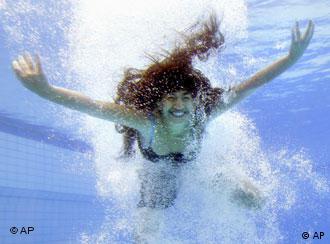 But the state's responsibility to educate the girl was the top priority, decided the court, concluding that even though her participation might represent an infringement of religious freedom, this would be minimized were she to wear loose-fitting swimwear and remain in the water throughout the lesson.

The parents had sued the school in Remscheid after it refused to allow the girl to sit out swimming class on the grounds they did not want their daughter to participate because her body would not be covered. This, they maintained, was in breach of the Muslim dress code, which forbids women from displaying their figures to strangers.

Her parents' attorney said the family plans to appeal and that the decision should not be considered precedent-setting.

The Alexander von Humboldt school in Remscheid said it did not have the staff to separate boys and girls in swimming lessons. In the past the school had allowed Muslim girls to skip the lessons and take a different class instead, but a rule put in place last year explicitly requires participation by Muslim students.

The school principal Sabine Ernst is reported to be satisfied with the ruling, and says the girl will be taking part in swimming lessons as of next week.

The highest court in the southern German state of Bavaria decided on Monday that the state did not overstep its authority by banning Muslim teachers from wearing headscarves in the classroom. (15.01.2007)

A debate over whether to mandate school uniforms in Germany broke out after two Muslim girls were suspended from school in Bonn for coming veiled from head to toe in a traditional opaque garb known as a burka. (08.05.2006)