In Germany, Veiled Students Stir Up Uniform Debate | Germany| News and in-depth reporting from Berlin and beyond | DW | 08.05.2006

A debate over whether to mandate school uniforms in Germany broke out after two Muslim girls were suspended from school in Bonn for coming veiled from head to toe in a traditional opaque garb known as a burka. 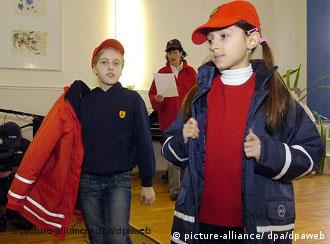 One Potsdam school introduced a dress code in January

Over the weekend, German Justice Minister Brigitte Zypries spoke out in favor of introducing school uniforms, unleashing a storm of opinion from commentators and politicians across the country.

The debate broke out anew after two 18-year-old Muslim girls came to their high school in Bonn dressed in traditional burkas -- veils that covered them entirely, except for a small mesh slit at the eyes. The girls' actions were generally read as a political statement, and the pair was suspended from school. The burka became well known in the West after it became mandatory garb for Afghan women under the reactionary Taliban regime.

In an interview with the Welt on Sonntag newspaper about whether veiled pupils should be allowed to attend class in German high schools, Zypries said "a simple solution to end the conflict would be having all students, male or female, wear uniforms to school. That would not only get rid of burkas, but also clear up problems of social inequality" that get lived out through clothing.

Zypries warned about increasing resentment against foreigners in the schools, in part on religious grounds. 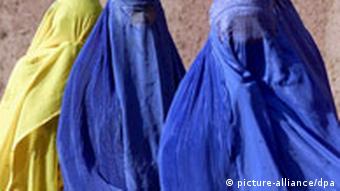 Many people don't want to see burkas in German schools

But a cry of opposition went out almost immediately. The president of the German Teachers' Association, Josef Kraus, called Zypries "incredibly naive" to think religious and social discrimination could be reduced by introducing uniforms. Moreover, Germany has a "problematic tradition" when it comes to school uniforms, Kraus told Netzeitung Internet portal.

Uniforms in public institutions still call up the group mentality of the Nazi era in Germany.

Despite this, there have been occasional, though relatively isolated, attempts to introduce uniforms in German schools. Recently, two schools in the Berlin district of Spandau considered switching to school uniforms.

Advocates say uniforms do away with "brand envy" and reduce the chances of children from poorer families being ostracized because they cannot afford the latest fashions. And, they say, uniforms foster the feeling of being part of a group, and can help students identify with and even have pride in their school. 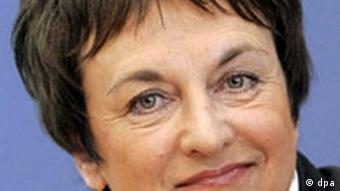 But up to now, the conference of education ministers that decide on national school policies, called the KMK, has come out against school uniforms. They, too, cite historical reasons dating back to WWII, with the memories of uniforms worn by the Hitler Youth still too fresh in the public mind.

On top of that, the conference has said, any general uniform rule would raise questions about how far the government can encroach on the personal liberties of students and parents.

Zypries' remarks also met with strong criticism from Germany's Green party, which has long championed a multicultural German society. Krista Sager, a senior Green party member, said the introduction of school uniforms would be an unacceptable interference by the state in religious affairs.

"We certainly don't need solutions imposed by the government. What we need are individual solutions by the schools themselves that respect the situation on the ground and notably the religious freedom of pupils. The introduction of school uniforms is generally no longer up to date and would be rejected by current generations of school students." 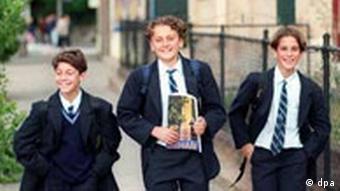 In Europe, Great Britain is known as the nation that continues to impose uniforms on students. But a spokesperson for Zypries said the minister made it clear she was not talking introducing British-style uniforms in Germany. It would be more of a case of students wearing unified pants, T-shirts, and sweatshirts.

Ulrich Stahnke, headmaster of the school in Bonn where the outcry began, called the debate about the introduction of school uniforms counterproductive.

"It's important to understand that solutions can only be found in cooperation with immigrant communities. Decisions made by religious outsiders like us are not accepted by Muslims. But at my school it's now important to make clear to them that we cannot accept the burka."

Police have stepped in at a Berlin school to help control violence that teachers say is out of control. Berlin’s education senator is coming under heavy criticism for refusing to close the secondary school down. (April 26, 2006)

A high school in the German city of Bonn has suspended two Muslim girls for wearing a burka, an all-enveloping cloak worn by women in central and south Asia. (May 2, 2006)

Do Clothes Make the Student?

Only a handful of German schools have uniforms, but several are experimenting with the idea, hoping they can encourage reduced competition among students for the latest designer labels. Critics call it forced conformity. (Feb. 23, 2005)