Thousands of supporters praised the leadership of Zimbabwean President Robert Mugabe at a celebration to mark his 93rd birthday. The party is estimated to have cost the cash-strapped country up to $2 million. 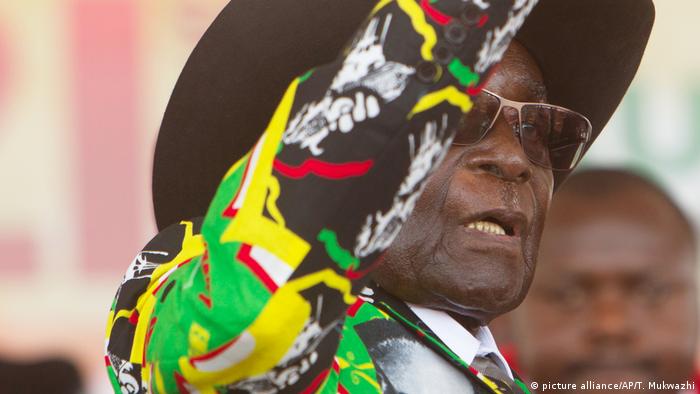 Wearing dark glasses and a multi-colored jacket featuring images of himself in younger days, Zimbabwean President Robert Mugabe celebrated his 93rd birthday with friends, family and thousands of supporters of his ZANU-PF party in Zimbabwe today. It is being reported that the event will cost the government up to $2 million (1.9 million euros).

His big birthday bash was held in Matabeleland, in western Zimbabwe. He was joined by vociferous supporters, many, like the president himself, wearing clothing adorned with Mugabe's image. The celebrations have proven a distraction from discussions in the country about the health of the long-time president.

Mugabe, a former rebel leader, took power after independence in 1980. He reportedly spent the majority of the festivities sitting impassively, as speakers praised his leadership and delegates from ruling parties in Botswana, Namibia, Angola and Zambia kneeled at his chair to congratulate him.

At one point, Mugabe raised his fist, but mostly he rested his head on one hand as his wife adjusted his glasses.

Mugabe's birthday party – and its price tag – comes at a time when the Zimbabwean people and government are facing a long list of difficulties. Doctors are striking over deteriorating working conditions due to poor staffing and low medicine supplies. The Zimbabwean economy continues to struggle, with many young people having difficulty finding steady work.

The country also finds itself in a critical drought, meaning that farmers are barely able to grow staple foods or even feed their own families.

Raphael Chirwa graduated with a degree in printing technologies from a polytechnic college in 2003 and finds it difficult to support his family by selling firewood. He questions how the government can find the resources to celebrate Mugabe's birthday, but not to support its own people.

"We rarely have a decent meal. I'm struggling to send the first two to school. And Mugabe decides to celebrate?" said the father of three.

Anti-government sentiment has been growing on social media. Activist, Promise Mkwananzi, said on Facebook that the birthday party is "the most irresponsible, idiotic, frivolous thing I have ever seen."

But President Mugabe still draws significant support from voters, especially in rural areas. One of the organizers of the event, Kudzai Chipanga, compared Mugabe to Jesus Christ.

"We view our President Mugabe as our local savior, our liberator," Chipanga said. 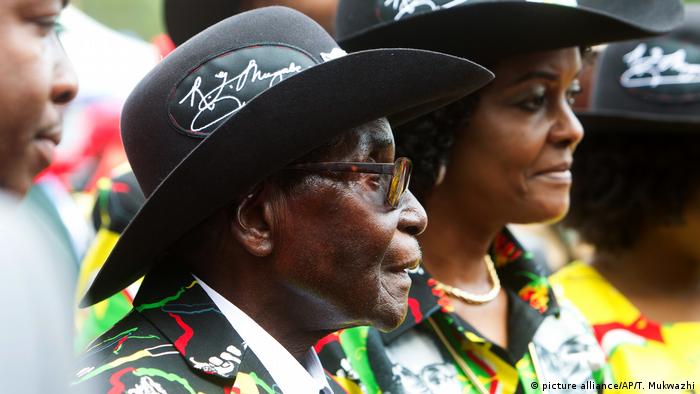 President Mugabe and his wife Grace, a likely successor

But questions of Mugabe's health persist. He is often seen sleeping through meetings and he fumbled through his remarks during a pre-birthday interview this week.

Mugabe's wife, Grace, is considered a front-runner to succeed her husband as president, if and when he cannot continue in office. In a true tribute to her husband, the first lady recently made news after she stated that even if he dies in office, Robert Mugabe will contest the 2018 presidential election.

"If God decides to take him, then we would rather field him as a corpse," she said.

Zimbabwe’s President Robert Mugabe has just turned 93. A lavish party on Saturday to celebrate his birthday is expected to cost more than $2 million (1.88 million euros).  (20.02.2017)

Zimbabwean pastor Evan Mawarire, famous for launching the #ThisFlag protest, has been denied bail by a Harare court. He was arrested on arrival from the US and is being charged with subverting the government. (03.02.2017)