The medical organization Doctors Without Borders has criticized Sierra Leone's plans to "lock down" the country for three days later this month in an attempt to stop the spread of Ebola. 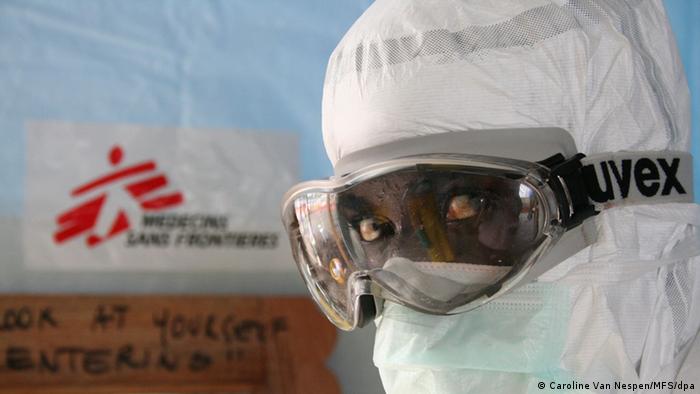 "It has been our experience that lockdowns and quarantines do not help control Ebola as they end up driving people underground and jeopardizing the trust between people and health providers," MSF said.

A senior official from the president's office confirmed Saturday that Sierra Leone would enforce a three-day "complete shutdown" across the country from September 19 in a bid to contain the Ebola epidemic.

"The aggressive approach is necessary to deal with the spread of Ebola once and for all," Ibrahim Ben Kargbo, a presidential advisor on the Sierra Leone Ebola task force, told Reuters.

Kargbo also said 21,000 people would be recruited to enforce the three-day lockdown.

Thousands of police officers and troops have already been deployed to enforce quarantine conditions in Sierra Leone's worst-hit regions near the border with Guinea.

The move is part of wider steps being taken by affected African nations since the worst Ebola outbreak ever, which began in March.

The World Health Organization (WHO) announced on Friday the death toll from the Ebola epidemic in West Africa had reached over 2,000, with about half of those deaths in Liberia.

The European Commission on Friday announced it would give 140 million euros ($181 million) to support health services in West Africa.