Moscow′s muscle flexing about overflight rights aims beyond Switzerland | World | Breaking news and perspectives from around the globe | DW | 12.06.2010

Since the end of March Russia, has denied certain overflight rights to Swiss International Air Lines. But experts believe Moscow's real target is not based in Switzerland, but in Germany. 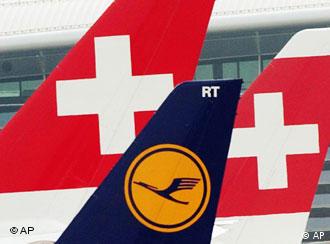 At the end of May, a Swiss spokesman confirmed media reports that the Basle-based airline had lost its overflight rights over Russia two months earlier. The Russian ban extended the flight time to two Asian destinations by some 30 minutes since the airline was forced to take the longer route around Russian territory. In recent days, Swiss, has managed to strike a deal with Moscow that allows it to use Russian airspace for one of its Asian-bound flights again.

That Russia is using overflights rights as leverage is nothing new. In 2007, Moscow denied overflight rights to Lufthansa Cargo, the air freight subsidiary of Germany's biggest carrier Lufthansa. Russia's motif then was clear, says Cord Schellenberg, a Hamburg-based aviation expert:

While the current conflict about overflight rights doesn't concern Lufthansa directly, it does so indirectly. Swiss is based in Switzerland, but since its takeover by Lufthansa three years ago is a fully-owned subsidiary of the German airline. Moscow could take the position that Swiss now is not a Swiss, but a German airline as a reason to demand a new deal for overflight rights.

But while Russia may be pushing Swiss in order to get more money for overflight rights, the main target is based in Germany, argues Hansjoerg Buergi, Editor-in-chief of the Swiss aviation journal SkyNews.ch:

"I think it has a political background. The Russians know that Swiss is a subsidiary of Lufthansa and as far as we know the Russians would like to have more traffic rights into Europe and that's the pressure they now put on Lufthansa and it's subsidiary Swiss." 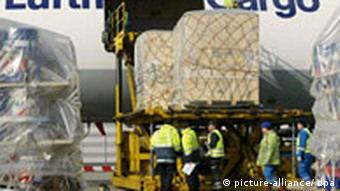 Russia had denied overflights rights for Lufthansa Cargo in 2007

Buergi contends that Russia is not interested in more slots in Switzerland itself, but instead hopes to gain more access for its major airline Aeroflot to other European airports.

"I think they are not targetting Swiss itself, because Aeroflot is flying to Zurich and Geneva, they can also fly into Basle, so I think they cannot have more traffic rights into Switzerland and so I think they want to put more pressure on the whole Lufthansa Group."

Lufthansa, as Europe's biggest aviation group, might be able to help Aeroflot acquire some more coveted slots in Europe is how the experts view the rationale behind Moscow's power play. And, they say, there is a good chance, that Russia, in the end will get again what it wants. That is because the airlines simply don't have much choice but to acquiesce because their business depends on it.

Moscow knows that these traffic rights to fly over the country come "with a high yield, because if you have to go via other countries the flights take an hour or 90 minutes more," says Schellenberg. "And this is very important for an airline because everyday one or two hours more means really a lot of money."

And Swiss may not be the only Lufthansa subsidiary facing problems with overflight rights. According to media reports, Austrian Airlines, which is also owned by the German carrier after long negotiations has managed to extend its overflight rights with Moscow for now, but the long-term rights are still not settled. 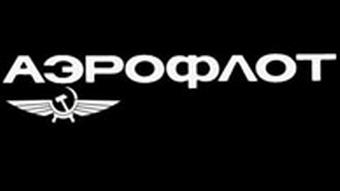 Russia, say the experts, is not the only country trying to leverage overflight rights as a political tool. Since overflight are generally subject to bilateral agreements between states, countries in Africa and China have done this in the past as well. But due to its size and strategic location between Europe and Asia, Russia is in an unusually strong position.

For the airlines dependent on Russian overflight rights, the best and quickest solution is simple, says Schellenberg: "The only way is to stop talking about these things and just pay and to get a very long period for that contract so you don't have this discussion with the Russian government every one or two years."

With its many domestic and foreign subsidiaries, Lufthansa is Europe's largest airline, and it employs more than 110,000 people worldwide. The company's most important sectors: (22.02.2010)