Admired yet underestimated: that was the fate of German-French operetta composer Jacques Offenbach, who died 140 ago. Here's a look back at his work. 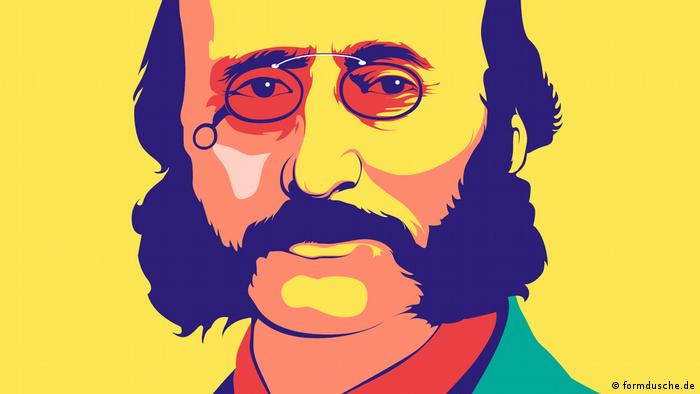 Dancers holding up high the seams of their frilly dresses, kicking their legs to reveal petticoats and lacy underwear: the cancan dance is the highlight of many musical shows in Paris. People recognize the tune, which was composed by Jacques Offenbach for his 1858 operetta Orpheus in the Underworld. People are usually also familiar with the composer's "Barcarolle" from the opera Tales of Hoffmann.

Jacques Offenbach, who was born in the German city of Cologne on June 20, 1819 and died in Paris on October 5, 1880, is regarded as the founder of the modern operetta. A masterful entertainer, he was characterized by "typical Rhineland humor and French esprit," as German cabaret artist Konrad Beikircher said at the December kick-off event of the Offenbach bicentennial that was celebrated throughout 2019. 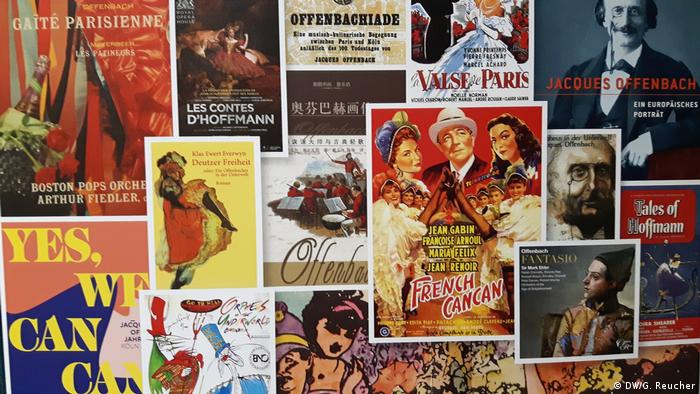 A collage of posters

It's time to throw overboard clichés and legends about Offenbach, says Ralf-Olivier Schwarz, an expert on the composer.

There is so much nonsense circulating about Offenbach, more than about any other famous composer, says Schwarz, adding that Offenbach never let frivolous leg-tossing ladies onstage in his operettas. "People say his operettas are light, playful even, but if you take a closer look, you'll see that everything is minutely thought-out."

From Cologne via Paris to the world

Offenbach's father was a music teacher and Jewish cantor. The young Jakob, as Offenbach was called as a child, played the cello and performed in pubs in Cologne. In 1833, his father sent the virtuoso to Paris to further his career under the stage name of Jacques Offenbach.

Tout Paris flocked to see and hear Offenbach, and Friday evenings at his home were legendary, with famous artists and musicians beating a path to his doorstep.

In 1850, Offenbach became musical director of the Comedie Francaise, but under Emperor Napoleon III, the state music theaters were off bounds to him. So he started his own theater, the "Theatre des Bouffes-Parisiens," where he lampooned the ruling classes with a great deal of humor. "I want the audience to laugh," he wrote, "not about harmless trifles but about the fact that important dangerous matters can be overcome." 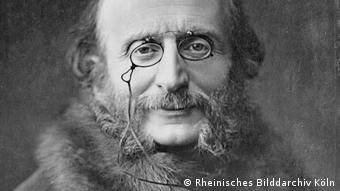 The opera Orpheus in the Underworld was Offenbach's breakthrough in 1858. "In it, the god Jupiter is a fly and is ridiculed," says Ralf-Olivier Schwarz, adding that was probably directed at Emperor Napoleon, "whose family has a coat of arms with a bee."

Offenbach's works were celebrated across Europe and beyond, even in far-off Brazil, China and Japan. He was successful as a musician, yet Jacques Offenbach was an outsider: In the 1870/71 Franco-Prussian War, the French thought he was a spy for Otto von Bismarck, while the Germans dismissed him as a "frivolous Frenchman" and a traitor. Anti-Semitism was on the rise then in both countries.

No longer as successful in France after the war, he was celebrated at the Philadelphia World's Fair in 1876.

Berlin operettas were once brash and modern. Then came the Nazis, who persecuted Jewish composers and sealed the genre’s fate. They’re now experiencing a revival at the Komische Oper in Berlin. (01.02.2016)