More than 50 Turkish police officers have been arrested on suspicions of illegal wiretapping and forming a criminal gang, media reports say. The suspects are part of a corruption probe involving the prime minister. 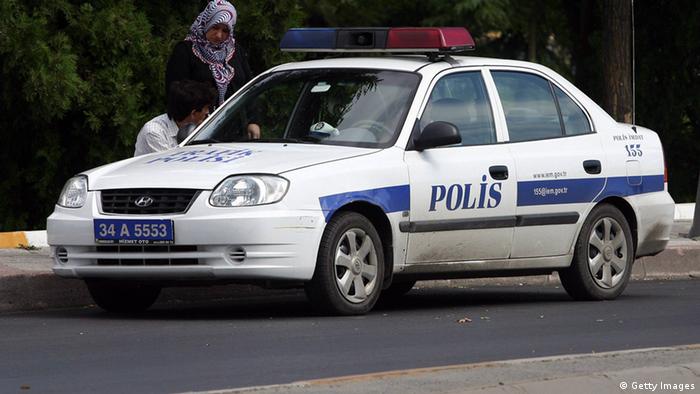 Dozens of officers were detained on Tuesday in a series of arrests around Turkey. Most of the arrests reportedly involved officers who held key positions in the investigation into alleged corruption in Prime Minister Recep Tayyip Erdogan's inner circle.

Television reports said the former head of the Istanbul police's antiterrorism unit, Omer Kose, was among those detained.

Police raided nearly 200 addresses during the early-morning operation. Television pictures showed senior police officers being led away in handcuffs, with some raising their hands above their heads in defiance.

The daily Hurriyet newspaper said on its website that the raids were carried out in 22 provinces across Turkey.

The suspects are accused of forming a criminal organization, espionage, illegal wiretapping, forgery in official documents, violation of privacy, fabricating evidence and violation of secrecy of investigation, according to local media.

The corruption investigation surrounding Erdogan first emerged in December, leading to the departure of four cabinet ministers and the detention of a prominent businessman close to the prime minister.

Erdogan has called the probe a plot to unseat him orchestrated by a "parallel state" loyal to US-based Islamic cleric Fethullah Gulen. Erdogan says Gulen retains significant influence in the Turkish police and judiciary.

The prime minister has accused Gulen and his supporters of creating the investigation by illegally wiretapping government phones and leaking manipulated recordings through social media.

The arrests come ahead of Turkey's first direct presidential election on August 10. Erdogan is considered the front-runner.

In what is seen as a government effort to diminish Gulen's influence, thousands of police and hundreds of judges have been reassigned and many senior state officials have been let go since the corruption investigation began. Erdogan's government has also taken steps to increase control over the judiciary and Internet.

Gulen has lived in self-imposed exile in Pennsylvania since 1999 to escape government charges of anti-secularist activities. He denies being behind the corruption investigation involving Erdogan.