Monsanto to drop all requests for new GM crops in EU | Business | Economy and finance news from a German perspective | DW | 18.07.2013

Monsanto to drop all requests for new GM crops in EU

US seed producer Monsanto has said it would withdraw all new requests to grow genetically modified crops in the EU. The move reflects its frustration over ongoing resistance to GM crops among populations in Europe. 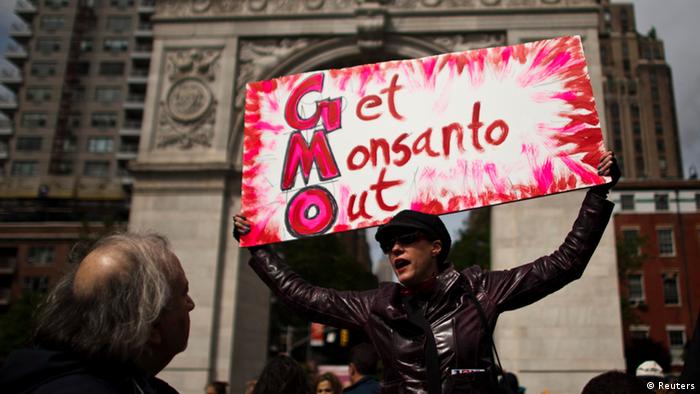 All approval requests for new types of genetically modified (GM) crops filed with the European Union would be stopped within the next few months, Monsanto President and Managing Director for Europe Jose Manuel Madero told British news agency Reuters on Wednesday.

The withdrawal would affect requests for growing genetically modified maize, one soybean and one sugar beet, Madero was quoted as saying.

The move was prompted by a lack of commercial prospects for cultivating GMOs (genetically modified organisms) in the 28-nation bloc, and came as the US-based company was re-focusing on its conventional seeds business in Europe, Madero added.

However, the firm's president also stressed that the decision would not mean Monsanto was withdrawing its application to renew the approval for its insect-resistant MON810 maize.

A spokesman for the EU Commission had confirmed that Monsanto had informed the relevant authorities within the European Union executive about its plans.

MON810 maize is the only gene crop currently being commercially cultivated in the EU. However, a number of EU countries, including France, Germany and Poland, have imposed national bans, reflecting strong public opposition to GMOs.

Italy's farmers backed the ban, noting that a poll in June had shown that 76 percent of Italians opposed genetically modified crops.

The European Commission would like to relax limits on genetically modified organisms in food. But Germany's agriculture minister supports a no-tolerance policy. (13.06.2012)

Consumer and farmer opposition to GMOs

Genetically altered plants are supposedly more resistant to pests and bring higher crop yields. But consumers and farmers are protesting against these plants, and one company, Monsanto, stands in the eye of the storm. (14.11.2011)