Over 250 works from New York's Museum of Modern Art will be on display in the German capital until the end of May. The last MoMA exhibit in Berlin drew over 1.1 million visitors. 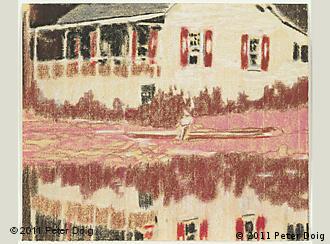 Various mediums are featured in the "Kompass" exhibit

Berlin is showcasing a collection of over 250 works from New York's Museum of Modern Art at the Martin Gropius-Bau. The renowned exhibition hall is celebrating its 30th anniversary with the contemporary collection, described as "risk-taking" by one of the project's leaders.

"There are drawings by people who may have been previously overlooked," said Harvey S Shipley Miller, trustee of the Judith Rothschild Foundation, which donated the collection to MoMA in 2005. "My hope is that these will sit through and rise as the artists mature." 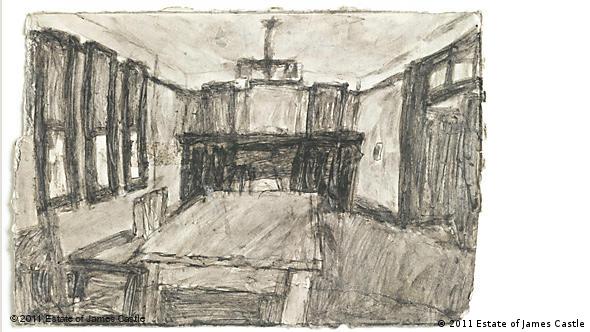 A common theme amongst the pieces is the joy of experimenting with various materials, such as gunpowder, body fluids, soil, photographs and newspaper clippings.

The collection was a "time capsule" which marked the "coming of age of a major medium," according to Miller.

"Drawing is no longer a secondary medium. At the turn of this century, drawing has become as important to an artist as his painting, his video or his sculpture," he said. "The market exploded while we were doing this," he added. "There's a drawing upstairs that would now sell for $2 million. We didn't pay that of course."

The last time art from MoMA was on display in the German capital was in 2004, drawing over one million visitors at the time.

A Cologne museum has unveiled an original Monet painting 20 years after it was acquired in an unusual way. All signs point to it being authentic, says the gallery that now owns it. (03.02.2011)

Steven Spielberg made Oskar Schindler's name immortal as the man who saved over a thousand Jewish lives in World War II. In Krakow, a museum and memorial recently opened in Schindler's former factory. (09.11.2010)

Rome is stepping outside its ancient walls into art's future. The MAXXI, the country's first national museum dedicated to contemporary art, opens at the end of May. It was designed by star Iraqi architect Zaha Hadid. (23.05.2010)