Modi′s clearance in the Gujarat riots case angers Indian Muslims | Asia | An in-depth look at news from across the continent | DW | 11.04.2012

A special panel of the Indian Supreme Court probing the deadly 2002 Gujarat riots says there is no evidence that Gujarat's Chief Minister Narendra Modi had a role in the massacre. 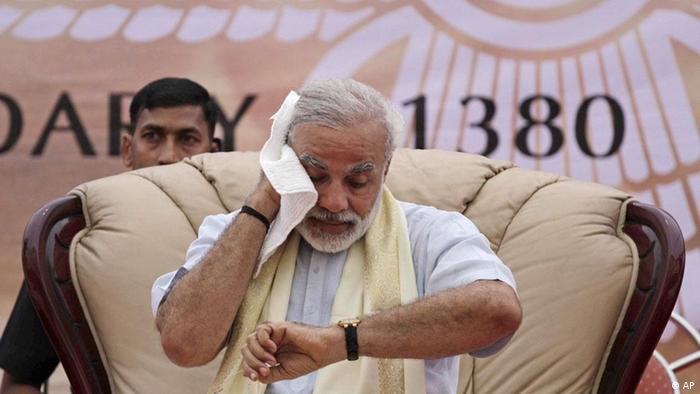 Zakia Jafri, wife of the slain Indian minister Ehsaan Jafri, who was killed in the western Indian state of Gujarat over a decade ago, said she was shocked when the Metropolitan Magistrate M.S. Bhatt read out the findings of the Supreme Court-appointed Special Investigation Team (SIT) report on the Gujarat bloodbath. The report gave Gujarat's Chief Minister Narendra Modi a clean chit, saying there was no evidence to implicate Modi and 61 others accused of playing a role in the riots.

On 27 February, 2002, a Muslim mob allegedly set fire to the Sabarmati Express train. The train had been carrying Hindu pilgrims returning from Ayodhya, where 10 years before Hindu nationalists had destroyed the centuries-old Babri Mosque. Then the whole state went up in flames as Hindu extremists allegedly took their revenge on Muslims, killing some 1,000 people, mainly Muslims, in retaliatory attacks. The killing only died down several days later when the army was called in.

Right-wing Bharatiya Janata Party's (BJP) leader Narendra Modi, who was also chief minister of Gujarat at the time, was accused of ordering the police not to intervene.

"I am heartbroken, but I am not going to give up. I will fight for justice as long as I am alive. In the court of the Lord, justice can be delayed but cannot be denied," Zakia told DW. 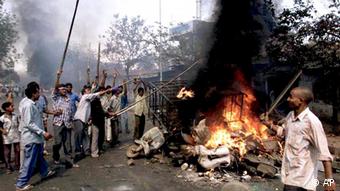 The Indian Muslim community reacted to the SIT report with anger and disbelief.

"Modi is a terrorist. He unleashed state-sponsored terrorism in Gujarat. With an excuse to curb terrorism, innocent people have been arrested and harassed," Syed Ahmed Bukhari, chief cleric of Delhi's Jama Masjid (mosque) told DW.

"This is a travesty of justice. We have seen our loved ones killed and raped, and we are still waiting for justice. Everyone knows how Ehsaan Jafri was killed. The police did nothing and Modi orchestrated the riots," said Salim Sheikh of the Jan Sangharsh Manch (JSM), a non-government organization campaigning for the riot victims.

On the other hand, the BJP was pleased that one of their main leaders, and the possible BJP candidate for the post of prime minister in 2014 elections, had got a reprieve in the case.

"The riots cannot be used to tarnish the image of Narendra Modi," BJP spokesman Ravi Shankar Prasad told DW. "The state has witnessed immense development and growth (under Modi's leadership) and the world acknowledges it," he added.

"It's a big relief for us," Sushma Swaraj, leader of the opposition in parliament, tweeted.

What is next for Modi? 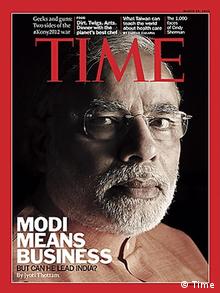 Investigations against Modi had gone on for almost a decade. While he has been let off the hook, many in India still think that he turned a blind eye to the 2002 violence in his state.

Teesta Setalvad of the Citizen for Peace and Justice, a rights organization campaigning for the riot victims, said the battle had not been lost.

"Yes, we are disappointed. But there is still a legal battle ahead. We have the right to file a protest petition in court asking them not to accept the closure (SIT) report. Let us see what the court decides," Setalvad told DW.

The timing of this report could not have been better for Modi. Gujarat goes to election in December, and the fact that Modi has been cleared by the SIT is definitely going to help the BJP in these elections. If Modi were to win these elections, he would seek a record third term as Gujarat's chief minister and could then focus his attention on the Lok Sabha polls in 2014.

Of late, Modi has been trying to improve his image in the state by organizing a series of "Sadbhavna" (goodwill) fasts aimed at promoting harmony among different communities in Gujarat.

"Modi is one of the most polarizing political figures in India," said political commentator Zafar Agha. "To his supporters he comes across as a reformer and a doer, but to his critics he is nothing more than a war criminal with blood on his hands," Agha told DW.

A politician who was denied the US visa some years ago, Modi ironically appeared on the cover of Time magazine recently, and was praised for his development work in the state. After the Supreme Court panel's findings, Modi can claim that the praise for him was justified.

Over 30 Hindus have been sentenced to life by an Indian court for killing dozens of Muslims during the 2002 Gujarat violence. The verdict was the first in nine cases dealing with India's ghastly communal riots. (10.11.2011)

An Indian court has handed down sentences to 31 Muslims convicted for torching a passenger train in the western state of Gujarat in 2002. The deadly incident triggered anti-Muslim riots that killed hundreds. (01.03.2011)