Over 30 Hindus have been sentenced to life by an Indian court for killing dozens of Muslims during the 2002 Gujarat violence. The verdict was the first in nine cases dealing with India's ghastly communal riots. 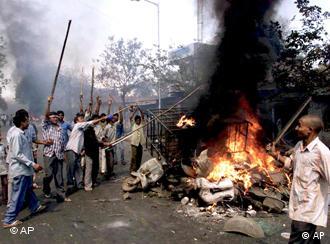 The riots began after a train fire killed 60 Hindu pilgrims

More than 1,000 people, mostly Muslims, were killed during the communal riots in the western Indian state of Gujarat in 2002. The riots began after a train fire killed 60 Hindu pilgrims. The fire was blamed on Muslim groups, whereupon members of the Hindu population began to seek revenge in violent riots.

Those convicted by the special Indian court on Wednesday had been accused of burning 33 members of the minority Muslim community alive. 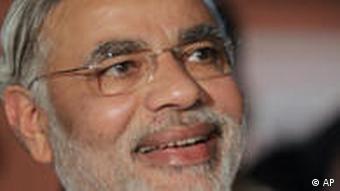 The Gujarat state government, run by the Hindu nationalist Bharatiya Janata Party (BJP), has been accused of not doing enough to stop the mobs of Hindu extremists from killing Muslims. Gujarat's Chief Minister Narendra Modi denies his government's involvement in the violence.

In the court case, one of India’s largest ever, 42 people, including 41 Hindus, were acquitted by Judge S.C. Srivastava. Eleven were freed due to lack of evidence, whereas 31 were given the benefit of doubt. The court also ordered the 31 convicts to pay 50,000 rupees (around 1,000 US dollars) each as compensation money to the victims' families.

Secular groups in the country have hailed the verdict as a triumph for Indian democracy.

An Indian court has handed down sentences to 31 Muslims convicted for torching a passenger train in the western state of Gujarat in 2002. The deadly incident triggered anti-Muslim riots that killed hundreds. (01.03.2011)

A court in the Indian city of Ahmedabad has found 31 people guilty of setting fire to the Sabarmati Express train. The incident in which 59 people, mostly Hindu devotees, were burnt to death, triggered riots in Gujarat. (22.02.2011)

The western Indian state of Gujarat is on a state of high alert after the worst outbreak of Hindu-Muslim bloodshed in a decade. (02.03.2002)