Fashion for style-conscious Muslims: The "Modest Fashion" show took place in the Saudi Arabian capital Riyadh. The fashion market in the Muslim world is huge. 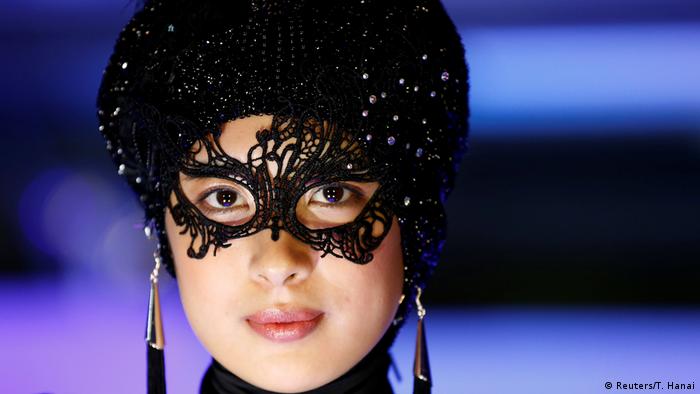 It's only been a few years since conservative Saudi Arabia has started hosting fashion events. At first it was a political signal, because until recently women had little opportunity to use fashion as a form of public expression. The accepted norm was the abaya, a black floor-length cloak, covering their clothes.

Recently, the conservative Islamic kingdom has introduced long-awaited advances in terms of equality. Women have recently been allowed to drive their own cars. The football stadium is no longer taboo for women. And in the future, women are to be allowed to set up companies without the permission of a man. 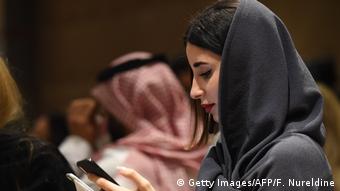 However, men were not allowed to attend the shows as spectators. And although the fashion industry lives from the fact that newly presented collections are filmed, photographed and distributed in the media — cameras were strictly forbidden.

A huge market for fashion

This time, a lot had changed: Orient met Occident on the catwalk in the gardens of the Belgian embassy in Riyadh. Modest fashion, the term used to refer to clothes designed to meet spiritual and stylistic requirements, has long been a household expression on social media — in the USA, Germany, Turkey and even in the Arab countries.

The target group are Muslim women, who are developing growing purchasing power. Four years ago, Muslims worldwide spent an estimated $254 billion (€211 billion) on clothing. According to the Global Islamic Economy Report, that should hit $373 billion by 2022. 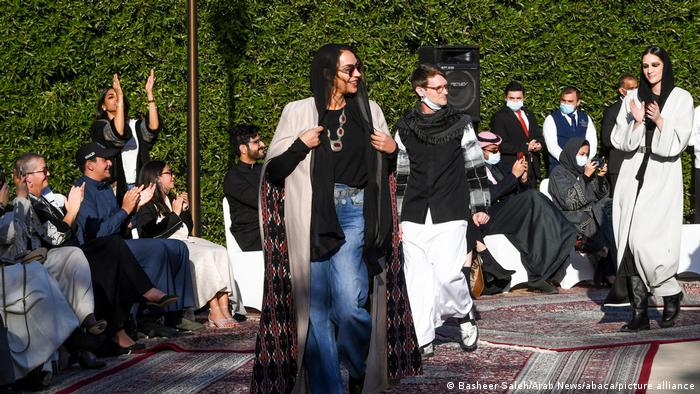 Western fashion brands such as Nike, Dolce & Gabbana and H&M have long been responding to this trend. European fashion designers are also increasingly working with financially strong partners in the Gulf States. For example, recently the Belgian fashion designer Christophe Beaufays created a collection together with Safia Hussein Guerras, princess of the Saudi royal family.

That collection went on show at last year's Modest Fashion event at the Belgian embassy in Riyadh. A selected, mixed-gender audience was invited — a small revolution in Saudi Arabia, where fashion shows usually do not take place in front of a mixed audience.

Modest fashion — not without controversy

The phenomenon of "modest fashion" is also controversial. When the exhibition "Contemporary Muslim Fashions" opened in Frankfurt in 2019, women's rights groups accused the Museum of Applied Art of omitting to deal with the fact that oppressive conservative dress codes are also behind the fashion trend.

Even now, the collection of Princess Safia Hussein Guerras and Christophe Beaufays renounced too much extravagance. The cowboy hat worn by one model was exciting because it was full of allusions.

Other designers showed more courage, and brought bright colors, strong patterns and a lot of glamour to the catwalk, such as Turkish fashion designer Rasit Bagzıbagli, who mainly designs Western fashion. It was not until 2017 that he presented his first collection of modest fashion at the Dubai Modest Fashion Week, with US top model Halima Aden. Meanwhile, the designer has over 400,000 followers on Instagram.

From bikini to burkini: The evolution of the bathing suit

Both bikinis and burkinis have provoked scandals as ideas of modesty and women's rights have changed over time. From functional to fashionable, here's a look at how the bathing suit has developed.

Egypt has marked the fifth anniversary of a pro-democracy uprising that toppled President Hosni Mubarak. Amid raised security, there was a ban on any demonstrations not approved by police.

Islam and trendy style? The combination is a contradiction for many in the Western world. But an exhibition shown at a Frankfurt museum is trying to lift the prejudices surrounding fashion for Muslim women.

Modest fashion: German designer looking to make it to the top

Right in the middle of lockdown, a woman founded a training program for women threatened by poverty. As fashion designers they are now able to earn their own income.