Mobility for billions: The bicycle is 200!

Initially conceived as a make-shift solution, the bicycle ultimately became the most successful invention ever. Still, the bicycle had a rocky start before it really took off.

On June 12, 1817, forest ranger and inventor Karl Freiherr von Drais sat down on the saddle of his wooden riding machine and took off. The trial run was a success and the predecessor to today's bicycle was born.

The timing couldn't have been better. The region was immersed in a climate disaster, triggered by a gigantic cloud of ash that circled the globe following a volcanic eruption in Indonesia. The consequences were harrowing: severe cold, drought, ruined harvests, and a hunger crisis. Countless horses were killed as a result - simply out of the need to feed starving people.

Von Drais had already been pondering a sensible replacement for horses. And that's when the balance bike was born. It was called the "Draisine." When he invented it, however, he surely didn't realize that he would be altering the course of mobility for humanity forever. His original intention was simply to make money. 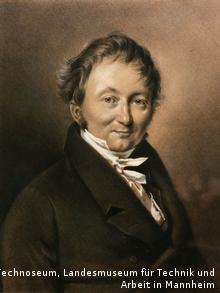 The balance bike's maiden voyage began in Mannheim, now in Germany, and meandered 14 kilometers south toward Schwetzingen. Journalists across Europe reported on the new invention. The financial benefits were celebrated most: the purchase of a Draisine cost around 20 pounds. A horse cost 1,900 pounds. The other unbeatable aspect was that the bike did not entail further costs; after all, it did not have to be fed.

But much to von Drais's dismay, the new vehicle did not spark universal enthusiasm. Why on earth would people propel their bodies forward if they did not have to? Most rural people of the period stayed put in the places they were born. They considered the idea of moving away from home downright bizarre. So this new balance bike was more of a toy for those well-heeled sports enthusiasts who wanted to put on a show in town by rolling through on a Draisine.

Von Drais's invention did not go unnoticed by other inventors, however. He did have it patented, but only for his small duchy of Baden. Beyond its borders, people were avidly copying his idea and developing it further. 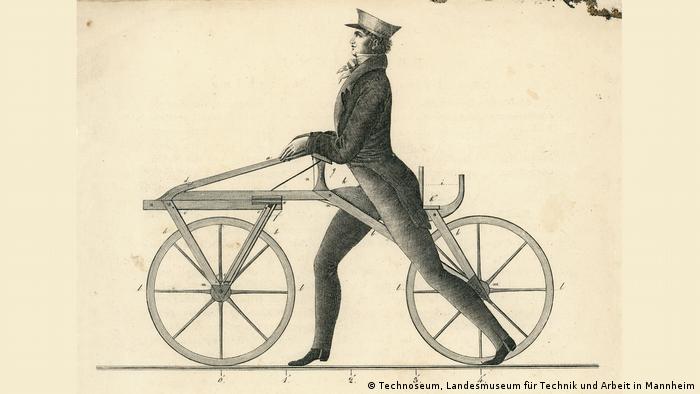 The epitome of sustainable mobility

It took decades for the bicycle to evolve into its modern-day form. Tinkerers in France and England were constantly improving on the two-wheeled concept, from the first pedal-powered velocipede to the life-endangering high-wheeler. The classic bicycle finally emerged at the end of the 19th century with elements we still recognize today: two air-filled rubber wheels of the same size and a chain drive. Bicycle technology, by the way, was also implemented into automobile construction - such as tires filled with air.

Over its 200-year history, the bicycle has taken on many different forms. It had to withstand a great deal before it became a practical means of transportation for virtually anybody. It was mocked. It was deemed unseemly by stuffy old women's clubs. Later, it became an exclusive toy for the wealthy before being inched out by motorbikes and automobiles.

Nowadays, the bike is a functional object, a cult object, and a sports and entertainment device ridden by billions of people around the world. It has also become the epitome of sustainable mobility. Those who leave their cars in the driveway and mount their bikes instead not only help to protect the environment, they are also doing something for their health. Those who ride their bikes often stay healthy longer.

There's more than one way to ride a bike in Germany

Spring has sprung - and Germans have jumped outdoors and on to their bikes. Here are some of the latest technological developments and lifestyle statements in the world of bike riding. (04.04.2017)

Top of the flops: Highlights of the Museum of Failure in Sweden

A plastic bicycle, Harley Davidson perfume, a Trump board game - they're all part of the repertoire at Sweden's Museum of Failure. It presents flopped innovations to show that mistakes are part of the creative process. (08.06.2017)

Berlin is not the place for committed cyclists. That's according to two rankings and it confirms the experience of DW's Klaus Esterluss who pedals around the city every day. (24.05.2017)