Misuse of anti-dowry law ′exposes failure of Indian authorities′ | Asia | An in-depth look at news from across the continent | DW | 07.07.2014

India's top court said the country's anti-dowry law is being misused by "disgruntled" wives. But Ranjana Kumari tells DW the fault for the misuse doesn't lie solely with the women, but also with law enforcement agencies. 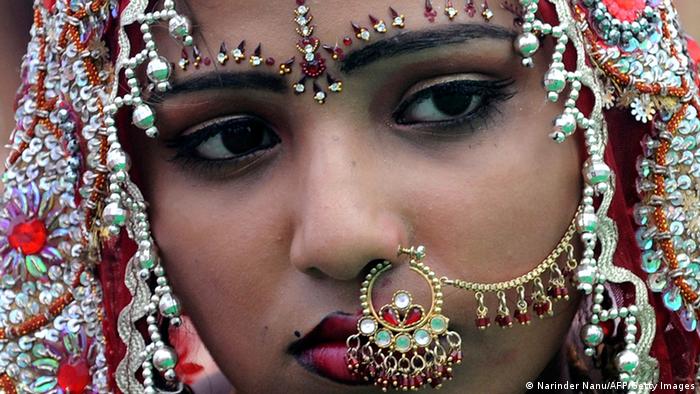 The practice of the bride's family giving cash, furniture or jewelry to the groom's family as a help to cover marriage expenses, otherwise known as dowry, has been part of Indian society for centuries. Although outlawed in the 1960's, the age-old custom persists, leaving women vulnerable to harassment, beatings and even worse in the case of a dispute. In order to safeguard women from such abuses the so-called anti-dowry law was introduced in 1983.

Still, over 8.200 women were killed across India in 2012 due to disputes over dowry payments given by the bride's family to the groom or his family, according to India's National Crime Records Bureau. Moreover, the conviction rate for such crimes remained at 32 percent.

But India's Supreme Court ruled on July 1 that anti-dowry regulations were now being increasingly used as weapons rather than shields by disgruntled wives and ordered the police to follow a nine-point checklist before arresting anyone on a dowry complaint. In a DW interview, Ranjana Kumari, director of the New Delhi-based Center for Social Research (CSR) disagrees with the court's view arguing saying that if the law is being misused, then the law enforcement authorities are to be blamed, not the women.

DW: India's Supreme Court judges said women were increasingly using the anti-dowry law as weapons rather than shields. What is your view on this?

Ranjana Kumari: The anti-dowry law still remains the strongest weapon that protects women from dowry harassment in India. The practice of demanding and receiving dowry is still prevalent and therefore the evil consequences like domestic violence, mental harassment and abuse continue. 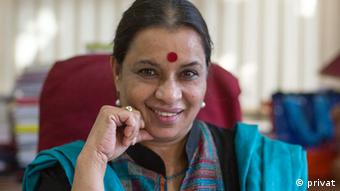 "Women in India no longer want to conform to the age-old traditions of obeying their husbands and in-laws," says Kumari

Laws everywhere in the world are being used and misused at the same time. We need to bear in mind that in this male-dominated society, it is this law that prevents husbands and in-laws from battering women to death within few years of marriage.

What is the court referring to when it speaks of harassment by "disgruntled" wives?

The societal landscape is changing fast in India and the gender balance is also witnessing a change. Women are making their own decisions. They no longer want to conform to the age-old traditions of obeying their husbands and in-laws and some will not tolerate slightest control over their lives.

But girls who assert their views are perceived as a threat by in-laws. Educated girls are considered "independent minded," if they don't accept subordination; a situation which leads to strained marriages and eventually divorce. However, this certainly doesn't mean that all women are ill-treated or are ill-treating their in-laws and are not happy in their families.

A complaint under the law allows for immediate arrest and jailing of the accused, often the husband and his family members. Isn't this too harsh, especially if none of the accused has been found guilty?

The anti-dowry law was created to prevent the dowry-related crimes and suicides which were on the rise. However, immediate arrest can become harsh if the accused are found not guilty. The law enforcement agencies need to be careful while filing complaints to prevent the misuse.

On the other hand, findings made by our Center for Social Research (CSR) reveal that nearly 50 million married women in India are victims of domestic violence, but only 0.1 percent (1 out of 1000) cases of domestic abuse are reported.

The latest rape cases involving foreign women in India have cast the country's record on sexual violence back into the spotlight. Violence against women is entrenched in Indian society. There are many reasons for this. (16.01.2014)

Moreover, out of 100 investigated cases under Section 498A of the Indian Penal Code, only in two cases are the accused convicted. In most of the cases where there is an acquittal at the District Court, the matter is not taken up by higher courts. Only when there is a conviction at the lower courts are the cases taken to higher courts.

The practice has been illegal in India since 1961. Still, it continues to thrive. Why is this practice still in use?

Hindu mythology sees women as Lakshmi - the Goddess of wealth & prosperity. Ironically, she is not treated as a goddess after marriage. Dowry is a condition for marriage settlement and demanded by groom's family. Dowry exists also because the brides' parents feel that their daughter will be respected in her new family only when she brings with her millions of rupees, expensive jewelry, a car, home appliances, furniture etc.

Some parents even offer land, apartments and luxury cars as dowry. But the reality is that both parties share the blame for this since it is a mutual understanding between the two families. However, it is ultimately the girl who pays the price.

According to National Crime Records Bureau statistics, nearly 200,000 people, including some 48,000 women, were arrested over dowry offenses in 2012, but only 15 percent of the accused were convicted. What do these figures reveal?

The dowry-related cases go on for years and years. The reason that there is only a 15 percent conviction rate is that both parties get tired of the legal process. Sometimes the girls who make the complaint settle for nothing simply because they want to get out of the legal process. In 90 percent of the cases, they prefer to reach a compromise.

What I would like to point out is this: Any law can be misused. The Supreme Court is creating the perception that women have become very evil in Indian society and are only trying to harass their husbands and their in-laws. This certainly is not true and if the law is being misused, then the law enforcement authorities are to blame, not women. This exposes the failure of Indian law enforcement authorities.

Expressing concern over the misuse of the law, the Supreme Court ordered the police "not to automatically arrest" an accused, but to go through a "nine-point checklist." Is this a better way of shielding innocent people from false accusations?

The court's intention is to safeguard innocent people from false accusations, which is not wrong. However, it remains to be seen how effectively the law enforcing agencies will implement it. Section 41 of the law clearly lays down nine conditions for the arrest, which include that the police needs to ascertain that the arrest is necessary for proper investigation, to prevent tampering of evidence, etc.

When the magistrate authorizes detention, he must look into whether the police has taken these conditions into account. But why blame women for misuse of the law? Our fear is that this 'dilution' will only make majority of the women who are facing harassment more vulnerable.

What do the dowry-related crimes and the misuse of the anti-dowry law reveal about the current state of Indian society?

Indian society is undergoing a massing change. Women are becoming financially independent and increasingly aware of their rights. 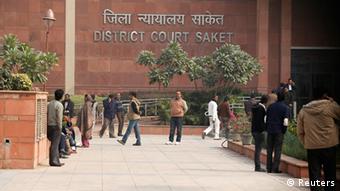 If the law is being misused, then the law enforcement authorities are to be blamed, says Kumari

Society needs to catch up and do away with age old traditions and customs that force women to obey their in-laws and husbands. If women become equal contributors in terms of the growth of the economy, then they can't be treated as inferior beings at home.

Men need to become more sensitive and understand that this change is inevitably good for the overall well-being of the society. Crimes can be controlled if both men and women understand these dynamics, and embrace the positive changes in the society. If they resist change, conflicts are bound to continue.