Missing Bach portrait back in the public eye

The Bach House in Eisenach, the town where Johann Sebastian Bach was born, has acquired a portrait of the composer long believed to have vanished. It's very likely the portrait was made during his lifetime. 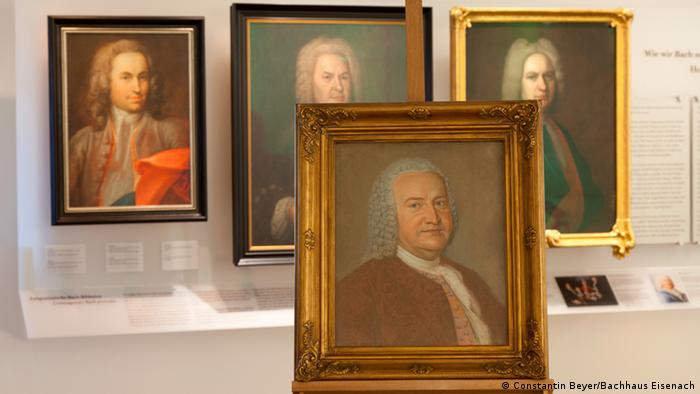 Experts agree: A pastel portrait that has resurfaced is an original from the second half of the 18th century. Following the Eisenach museum's investigations, scholars say the piece corresponds to the physical condition of the long-sought picture, as well as the style of painting and the clothing represented in it. Furthermore, the facial features, with low-set eyes and underbite, resemble those from a Bach painting by Elias Gottlob Haussmann from the year 1746 - a work held to be undeniably authentic.

It's believed Manfred Gorke held the picture in 1927/28 as part of his famous collection - one of the last large and privately-owned assemblages of Bach items. The English researcher Charles Sanford Terry identified it at the time as an authentic pastel depiction of Bach, stemming from a collection held by the composer's son Carl Philipp Emanuel. After Gorke's collection was dissolved, the painting went to a private individual in Berlin and vanished from public view. 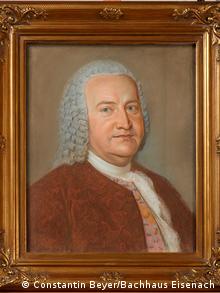 Low-set eyes and an underbite

That a Bach pastel existed is known from letters that Carl Philipp Emanuel Bach, then living in Hamburg, sent to his father's biographer Johann Nikolaus Forkel. "My father's portrait is painted in pastel. I had it transported here from Berlin by boat and ship because such paintings with dry colors can be damaged when transported by coach."

These letters are the only documents that offer historical proof of the existence of another Bach picture in addition to the famous Haussmann portrait from 1746, which hangs in Leipzig's former City Hall.

Two years ago, the picture was offered for purchase to the Bach House in Eisenach, which paid 50,000 euros ($70,000) for it. The museum is set to display the work starting May 1, 2014, and starting on March 13, 2014, the newly-purchased painting can be seen in a six-week special exhibition titled "Echt Bach!" (Really Bach!) in the Berlin Cathedral.

Apart from the St. Thomas cantor in Leipzig, no other church music position is as highly regarded as the cantor of Dresden’s Kreuzkirche. The birthdays of two former Kreuz cantors happen to coincide this week. (28.01.2014)

A newly discovered letter suggests Johann Sebastian Bach severely neglected his duties in the years leading up to his death. Now scholars are asking: Was that due to burn-out, seeing problems or clever time management? (27.12.2013)