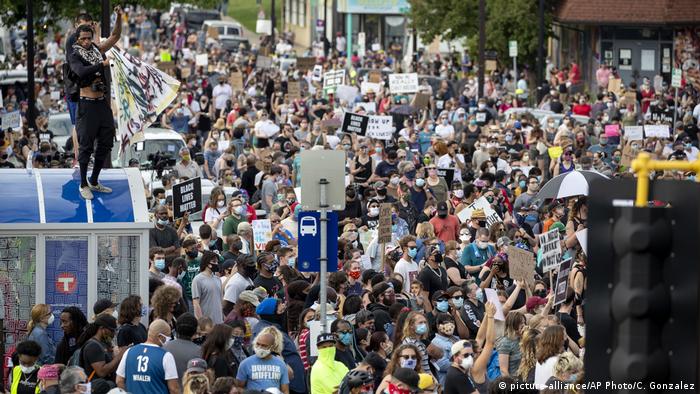 Minneapolis mayor Jacob Frey personally called for the arrest of the officer who knelt on a suspect's neck during an arrest.

The man who was kneeled on, George Floyd, later died in police custody.  A bystander took a video of the incident, showing Floyd, who is black, surrounded by four white police officers involved in Floyd's arrest. Floyd was grounded by an officer's knee for several minutes, saying "I cannot breathe." Bystanders shouted at the police officer to stop.

The officers involved have been fired, but that is not enough for Frey.

"I've wrestled with, more than anything else over the last 36 hours, one fundamental question: Why is the man who killed George Floyd not in jail?" said Frey. 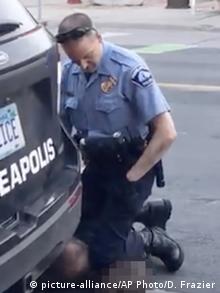 According to the Minneapolis Police, officers responded to a suspected "forgery in progress" and Floyd physically resisted officers. Frey said he did not see a threat from Floyd, adding, "I saw nothing that would signal that this kind of force was necessary."

President Donald Trump later wrote on Twitter that "the FBI and Department of Justice are already well into an investigation as to the very sad and tragic death in Minnesota of George Floyd. I have asked for this investigation to be expedited."

Reminiscent of other deaths at police hands

The circumstances surrounding Floyd's death are strikingly similar to the death of Eric Garner in 2014. The young black man was held in a chokehold by white police officers who were arresting him for allegedly illegally selling cigarettes. Bystanders recorded video of the incident, as Garner repeatedly said "I can't breathe." Garner later died. Despite the death being ruled a homicide, the officer involved was never criminally prosecuted.

Garner's death and the aftermath, as well as several other notorious deaths of black men at the hands of US police officers gave rise to the "Black Lives Matter" movement. The movement has campaigned for changing attitudes around police brutality and systemic racism.

Reactions around the state and beyond

Protesters have taken to the streets in Minneapolis, despite the coronavirus pandemic. On Tuesday, thousands marched more than 2 miles (3.2 kilometers) from the intersection where Floyd died to the police precinct station in that part of the city. Police fired tear gas and bean bag rounds into the crowds of protesters around dusk.

Minnesota Senator and former Democratic Party Presidential Candidate Amy Klobuchar tweeted a call for investigations at the federal local and state levels with her fellow state senator Tina Smith, as well as Minnesota representatives Ilhan Omar and Betty McCollum. Klobuchar added "justice must be served & the officers & the police department must be held accountable to the fullest extent of the law."

Bridgett Floyd, George Floyd's sister, told American broadcaster ABC that the officers "murdered my brother. They killed him…Firing them is not enough."

The Police Officers Federation of Minneapolis, the police union that represents Minneapolis Police, urged people to wait for an investigation before reaching a conclusion. "We must review all video. We must wait for the medical examiner's report. Officers' actions and training protocol will be carefully examined after the officers have provided their statements," said the police union in a statement.

A former police officer has pleaded guilty to federal charges in the killing of George Floyd. The incident sparked nationwide protests over police brutality and led to the officer's conviction on state murder charges.