Ministers pave the way for easier integration of immigrant children | Germany | News and in-depth reporting from Berlin and beyond | DW | 19.11.2010

Ministers pave the way for easier integration of immigrant children

Children of immigrants are to be granted the right to stay in Germany if they fulfil certain criteria, regardless of their parents' status, according to proposals by Germany's federal and regional interior ministers. 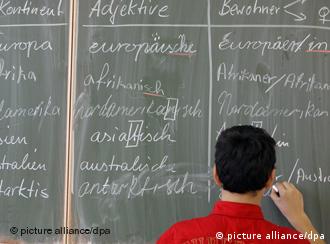 German Interior Minister Thomas de Maiziere and his counterparts from the country’s 16 federal states agreed on proposals Friday that would make it easier for children of immigrants to stay in Germany permanently.

Under the plans, children aged 15 years and older, who have successfully attended school in Germany for at least six years and who speak good German, should be granted the right to stay in the country, even if their parents are not.

"We want to clarify that those who integrate well are welcome, especially when it comes to teenagers, and that we won't accept those who don't integrate," de Maiziere said at the close of the ministers’ 2-day meeting in Hamburg. 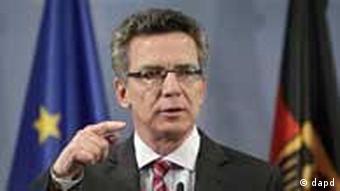 While the opposition Greens welcomed the proposals as step in the right direction, the Left Party's interior affairs expert Ulla Jelpke called the plans "inhumane". She said that they could lead to families being split up, because the parents could still be deported, even if their children become permanent residents.

The Catholic charity Caritas echoed that sentiment, insisting that "those who are underage should be granted the right to stay by default, not based on how useful they are," according to the organization's president, Peter Neher.

Justice Minister Sabine Leutheusser-Schnarrenberger has pledged to speed up the process of getting the proposals signed into law, calling them "a breakthrough" and a "sign of hope" for a modern integration policy.

Bavaria's Christian Social Union, part of Germany's ruling coalition, voted at a party conference to take a tough line against immigrants who fail to integrate. The party's leader hit back at accusations of extremism. (31.10.2010)