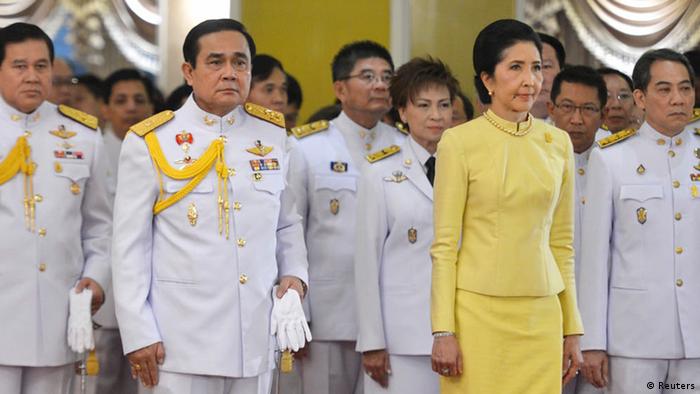 The 32-member cabinet include 11 military officials with no political experience. Seven of them are generals, who will serve as the ministers of justice, education, defense, transport, commerce and foreign affairs, among other posts. Critics say the move will prolong the Thai military's grip on power.

Prayuth also named 21 civilians to his cabinet, including former Finance Minister Pridiyathorn Devakula, who will work as his deputy.

On May 22, Prayuth led a military coup against Thailand's democratically elected prime minister, Yingluck Shinawatra. The coup was ostensibly meant to restore stability, after months of popular protests against Shinawatra had turned violent and paralyzed the country. Nearly 30 people died in the unrest and hundreds more were wounded.

General Prayuth, who is due to retire from the military next month, has ruled out the possibility of full free elections in October. His rise to the premiership is, therefore, seen as a strategy to stay at the helm of the military.