A people smuggler abandoned 19 people at a car park in southern Germany. They were left as temperatures plunged well below freezing point. Emergency services said several children were in the group. 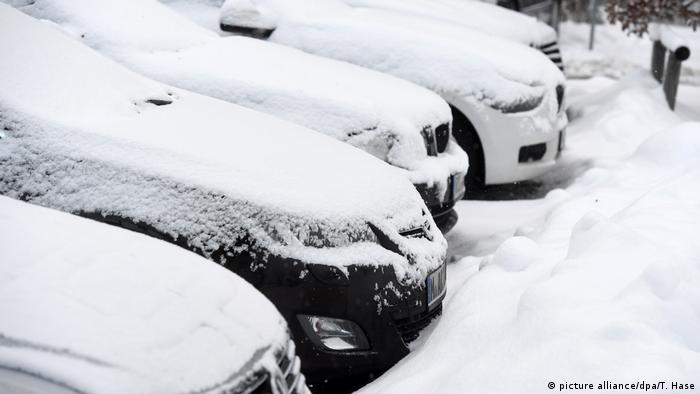 German authorities arrested considerably fewer human traffickers in 2016 compared to the previous year. More than 50 percent of arrests were made on the Austrian-German border. (08.01.2017)

Amid an ongoing dispute with Berlin, Bavaria's government is due to finalize its proposal for Germany's refugee policy. As well as a yearly cap on refugee arrivals, Premier Horst Seehofer is calling for tighter borders. (07.01.2017)

Bavarian police found the group in the municipality of Brannenburg, just across the Austrian border, officials said on Sunday. The temperature at the car park measured -20 degrees Celsius (-4 Fahrenheit) when the police and an ambulance reached them.

The 19 migrants told the police they arrived from a refugee center in Italy. They had paid an unknown smuggler between 500 and 800 euros ($526-842) per person to take them to Germany, and were riding in a van bearing UK license plates.

"After an hours-long drive, the unscrupulous driver pulled over in an unheated area and disappeared," police said. According to unconfirmed information, the vehicle had engine trouble.

One of the migrants subsequently approached two other people at the car park and asked them for help.

Police were looking for the driver, authorities said. The migrants, who carried no passports, said they were from Iraq, Iran and Syria. Five of them were youngsters, and the police handed four of the children to the youth welfare office. The remaining refugees were taken to an accommodation center.

While the number of migrant arrivals in Germany dropped considerably during 2016, people smugglers are still transporting asylum seekers across German borders. The southeast border with Austria remains the most popular route, with German authorities detaining hundreds of suspected smugglers in the area over the last twelve months.