Migrants in crisis-hit Portugal seek help to return home | Europe| News and current affairs from around the continent | DW | 12.03.2011

The economic crisis has caused unemployment in Portugal to climb in recent months. Particularly hard hit are immigrant workers. Some want to return home, but can't afford to. For some of them, help is available. 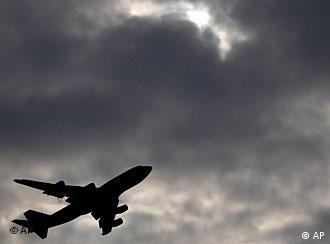 Some migrants have decided they're better off flying home

The current economic crisis has taken a big toll on Portugal's job market. By the fourth quarter of 2010, the country's unemployment rate had climbed to 11.1 percent, and among the hardest hit are migrant workers.

This has led to a growing number of them to conclude that it would make economic sense for them to return to their homelands, but many of them don't have the financial means to buy a plane ticket home.

Micheli Fernandes, a 26-year-old Brazilian hairdresser is a case in point. When she first moved to Portugal six years ago, she and her husband Wiliam were doing well. But that all began to change when she became pregnant with their first child. 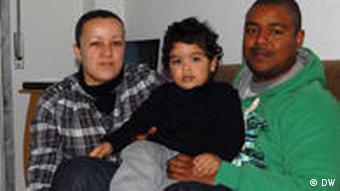 The Fernandes family can't wait to fly home to Brazil

"I lost my job, and things started to go downhill," she said. "Since then, our lives have been like a roller coaster. Now I have two children and I've had enough."

Although Fernandes did eventually find work again, now her husband is out of work, and the family can't make ends meet on what she earns as a hairdresser.

"I can't even pay the rent. What I earn is barely enough to pay for food and the electricity and water bills," she said. "I even had to take my younger child out of kindergarten. We couldn't afford it anymore."

That's when they decided it was time to move back home to Londrina, the second-biggest city in the Brazilian state of Paraná. But like many other migrant families in Portugal, they simply didn't have the money for the airfare.

So Fernandes turned to the International Organization for Migration for help. It has launched a program in cooperation with the Portuguese government to help people with the will but not the financial means to return to their homelands.

"This program is the last chance for these people," said Marta Bronzin, who heads up the program. "Those who ask us for help no longer have the means to survive in Portugal." 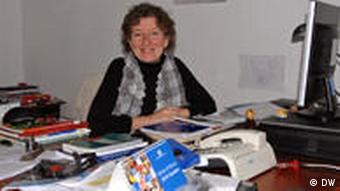 Marta Bronzin has a lot on her plate

Three months after Micheli Fernandes registered with the program; she and her family are counting the hours until they can board a plane for Brazil. The cost of their airline tickets are being picked up by the Portuguese and European Union taxpayer.

With Portugal's economic crisis far from over, Marta Bronzin and her team can hardly keep up with the applications for help. Last year, almost 2,000 foreign nationals decided to leave, and 500 of them did so with the help of this program. This year, 250 people have already applied.

"The number of applications is growing fast, but we can't help everyone," Bronzin said. "We have a limited budget, and it's just not possible to stretch it far enough to meet all the demand."

So far, Alexandre da Conceicao hasn't been as lucky as Micheli Fernandes' family. The 28-year-old fork-lift driver who is also from Brazil is still waiting to find out if his application for repatriation aid will be accepted.

Alexandre became a father just two months ago after the birth of his son, Antonio Henrique. He is the sole breadwinner in this young family and after paying his monthly rent he is left with just 200 euros to pay for everything else. 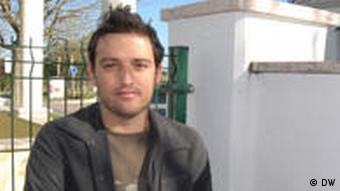 Alexandre da Conceicao would swim home - if he could

"The problem is that I don't earn very much, but I have to spend more and more," he said. "Prices are constantly rising and having a child is expensive. My income isn't enough for the three of us to live on."

In the seven years that he has spent in Portugal, he has seen his income constantly decrease, as it's become harder and harder to find work. Family members have also told him that the economy in Brazil is now booming, so now, Alexandre is desperate to return home.

"I have to get out of here, even if I have to swim across the ocean," he said.

While Alexandre waits and wonders, Micheli is already making concrete plans for her return.

"I want to open a hairdressing salon, and I want to be successful," she said.

Here's another area in which the Portuguese repatriation program can help. When Micheli gets back to Brazil, she can expect to get around 1,000 euros to help her and her family start their new life. And even beyond that, she'll be able to turn to the Brazilian chapter of the International Organization for Migration for support.

Portugal defends its economy ahead of crucial bond sale

As Portugal prepares to auction off over a billion euros of debt, Prime Minister Jose Socrates has tried to quash speculation that his country may be next in line for an EU-IMF economic bailout. (11.01.2011)

Europe's sovereign debt crisis appears to have returned – if it ever went away. Portugal is under growing pressure to accept a multibillion euro bailout. (10.01.2011)