Microsoft's Bing Maps Streetside will launch in Germany in early May. The company says "transparency" is very important, and is making an extra effort to inform the public of its plans. 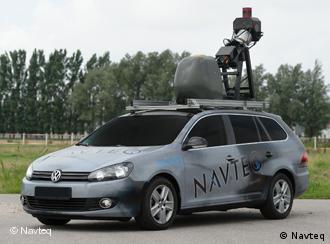 Microsoft's mapping cars will be sent out in early May

Microsoft Germany has announced the launch of its Bing Maps Streetside service, a competitor to Google's Street View, which launched in November 2010 after many months of controversy in Germany.

"We have a plan for the next 18 months for about 50 cities in Germany," said Thomas Baumgärtner, a spokesperson for Microsoft Germany, in an interview with Deutsche Welle.

He added that the first cars, which are also being sent out in collaboration with the mapping company Navteq, will be sent to survey the streets of the Bavarian cities of Nuremberg, Fürth, Erlangen and Augsburg starting on May 9.

The Streetside service first launched in December 2009 in the United States and some parts of Canada. 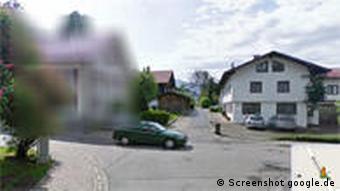 Not everyone in Germany wanted their home visible to the world

Baumgärtner emphasized that Microsoft was taking a different approach than Google, which has had to weather nearly constant objections from German politicians and private citizens since the California company first announced plans to bring Street View to Germany.

"I think one important thing is transparency," Baumgärtner said. "To inform the public, through our standard website, which will go live on Friday [April 8]. Everybody should know minimum four weeks before their region will be driven through with the car."

Similar to how Google Street View automatically blurred faces and vehicle license plates, so too will Bing Maps Streetside. Further, Microsoft will also allow German residents to opt-out of the service, and blur the front of their house or apartment building, as they currently do in the United States and as Google Street View does upon request in Germany.

"The statement of objections is built into the product itself," Baumgärtner said. "You can visit the site and if you are concerned about [your privacy], you can mark it and enter your e-mail address. We can update that and the normal process shows that the guys in US, they are capable of [implementing the opt-out] within 48 hours." 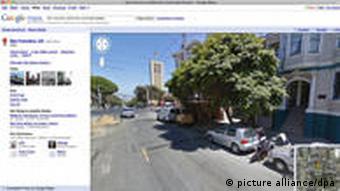 Microsoft and Google both are members of the German tech trade group BITKOM, which presented a "codex," or voluntary set of guidelines and practices that are designed to protect privacy and ensure data protection, to the German Interior Ministry in December 2010.

In fact, Baumgärtner added that Microsoft had intentionally "postponed" the launch of its product to have talks with industry and government officials.

"[Microsoft] waited until the high emotions as to Google Street View decreased and could then use the experiences of the Google Street View Project for their purposes," Thomas Hören, a law professor and privacy expert at the University of Münster, wrote in an e-mail sent to Deutsche Welle.

"The only problem is: it is Microsoft, not Google who is preparing the project. Who is using Bing today? Almost nobody!"

A Swiss court has ruled that Google Street View must do more to protect privacy. Google says it takes privacy seriously, but has not yet decided if it will appeal the ruling. (05.04.2011)

A Berlin court has ruled that Google Street View is legal. But that doesn't mean the lawsuits will end, legal scholars say. (21.03.2011)