Rock legend Mick Jagger has added a new job to his CV: advisor to the European Union. But he didn't get paid for sharing his knowledge of the music industry with leaders of the 27-country bloc. 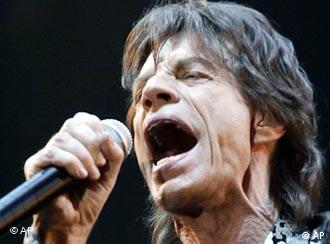 On Wednesday, Sept. 17, the Rolling Stones' lead singer joined the chief executive officers of Apple, EMI, eBay, Fiat, Louis Vuitton and other multinationals for a meeting in Brussels with the EU's Competition Commissioner Neelie Kroes.

Sir Mick and his partners were appointed as unpaid consultants to assist Kroes in improving the workings of Europe's online retailing market.

No details of Wednesday's closed-door meeting emerged. But Jagger, 65, was expected to have offered his expertise on the distribution and sale of music.

Kroes has recently expressed concern that there are still too many unjustified barriers within Europe to the sale of music and other multimedia content over the Internet.

And until recently, Apple's iTunes stores in Britain set higher prices for music downloads than in the 15 EU countries which share the euro.

A report drafted with the help of Jagger is due to be published in October.

It may not be something the Rolling Stones have to worry about, but many rock stars face cash concerns in their old age. The EU is therefore planning to help out retired rockers, who never made millions to live on. (17.02.2008)