Formula One racing legend Michael Schumacher remains in critical condition in a French clinic. The German former driver has been in hospital since being injured in a skiing accident over a week ago. 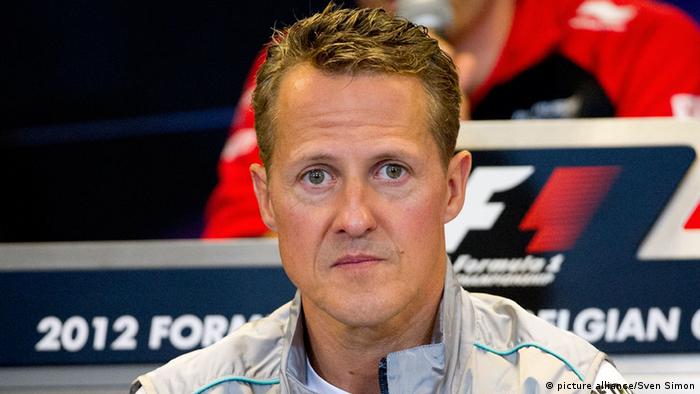 Michael Schumacher’s manager, Sabine Kehm, told Germany’s DPA news agency on Monday evening that more than a week after his accident, his condition had stabilized, something that could be seen as a slight improvement.

However, she declined to confirm a report published by the online edition of the mass-circulation newspaper Bild, which cited unnamed sources close to the former F1 driver who said his life was no longer in "acute" danger.

She also pointed to a statement released by the medical team at the Centre Hospitalier Universitaire clinic in Grenoble earlier on Monday, which said there was essentially no change in Schumacher's condition since its last update, issued on Saturday.

"The clinical state of Michael Schumacher is stable as he's under permanent care and treatment," the statement said. "However, the medical team in charge stresses that it continues to assess his situation as critical."

It also said there would be no further updates on his condition "for the time being."

Kehm and the medical team also repeated a call to the media to respect the right to privacy of both the patient and his family.

"We ask you again, insistently, to ... stick to the information provided by the medical team in charge or his management because they are the only valid ones," the statement said.

Schumacher has been in a medically induced coma since undergoing two emergency operations just hours after he fell and hit his head on a rock while skiing off-piste with his son at the Meribel resort on December 29.

French prosecutors examining the accident have said they would hold a press conference on Wednesday to update reporters on the findings of their investigation, which is focusing on how fast the former driver was going when the accident occurred. They are also said to be looking into whether the ski run was properly marked and whether the safety releases on his skis worked properly.

They also expressed interest in viewing a smartphone video of the crash, after the Spiegel news magazine reported on Sunday that a German man had inadvertently caught the crash on video while trying to film his wife on the slopes.

Michael Schumacher, who turned 45 last week, is the most successful Formula One driver of all time, having won 91 Grand Prix races and seven drivers' championships in a career that spanned the better part of two decades.

The manager of Formula One great Michael Schumacher says his condition is stable, but remains critical. Police are continuing to investigate the skiing accident in which Schumacher was injured. (04.01.2014)

Michael Schumacher's love of the limit

Michael Schumacher's love of speed and adrenaline goes far beyond the cockpit: the seven-time Formula One champion - like most of his racing peers - has always sought excitement in his private life. (30.12.2013)

News of the Formula 1 champion's skiing accident prompted thousands of fans and friends around the world to post their get well wishes on Twitter and Facebook. Take a look at what they're saying. (30.12.2013)