The King of Pop had numerous hit singles and iconic music videos under his belt before his death at the age of 50 shocked the world. On what would have been his 60th birthday, we look back at Michael Jackson's legacy.

Where were you when news of Michael Jackson's death broke? June 25 2009 is one of those dates that will have stuck in the minds of music fans the world over. His many hit songs — from "Billie Jean" to "Black or White" — have gone down in music history, and Jackson himself is remembered as one of the world's greatest pop icons.

And yet in the years before his death, Jackson's public image had begun to suffer thanks to his ever more extreme experimentation with plastic surgery and of course allegations of child sexual abuse, earning him the nickname "Wacko Jacko" in the tabloid press.

There is no question that Michael Jackson earned the title "King of Pop." The most fruitful period for him was during his collaboration with producer Quincy Jones, which gave us the landmark albums Off the Wall (1979), Thriller (1982) and Bad (1987). 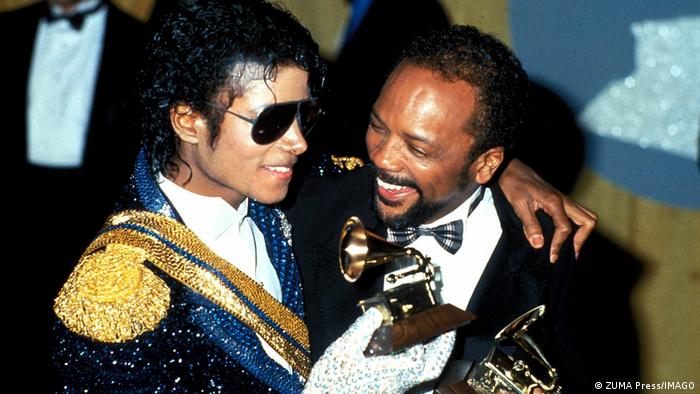 The video for Jackson's single "Thriller" is among the most successful and innovative music videos of all time. Directed by John Landis (who brought us the likes of The Blues Brothers and American Werewolf), the full clip clocks in at a whopping 13 minutes and 42 seconds.

What made the video truly unforgettable was the iconic zombie dance: the choreography, the costumes, the camera work. With a production price tag of $500,000 (€426,000), it was at the time the most expensive music video ever made.

John Landis was brought back in for the video for "Black or White" from the album Dangerous (1991). He brought with him child star Macaulay Culkin (perhaps best known as Kevin McCallister in the Home Alone films) for a starring role.

It's another long one — this time 11 minutes — and the final few minutes caused a great deal of controversy due to Jackson's suggestive dance moves and violent outbursts (smashing windows and screaming in between a lot of crotch grabbing).

Controversial or not, the success and enduring appeal of Jackson's hits are undeniable.

On what would have been his 60th birthday, we've put together some of the King of Pop's top musical hits in our playlist.

The late pop superstar is the most depicted cultural figure in contemporary art, the National Portrait Gallery in London says. The museum's new show, On the Wall, opens a day after his father, Joe Jackson, died. (28.06.2018)

Producer Quincy Jones helped launch Michael Jackson to fame. Now a legal battle over royalties from re-edited songs has resulted in a hefty payout from the Jackson estate - but is much less than Jones was asking for. (27.07.2017)

He left his glove print on an entire generation. The "King of Pop" died in 2009 at the age of just 50, and fans are still mourning the legendary musician, dancer and showman. We take a look at his legacy. (25.06.2014)