It's been almost six years since 298 people lost their lives when the Malaysia Airlines MH17 was downed over Ukraine. The trial investigating four suspects has kicked off — but the accused did not show up. 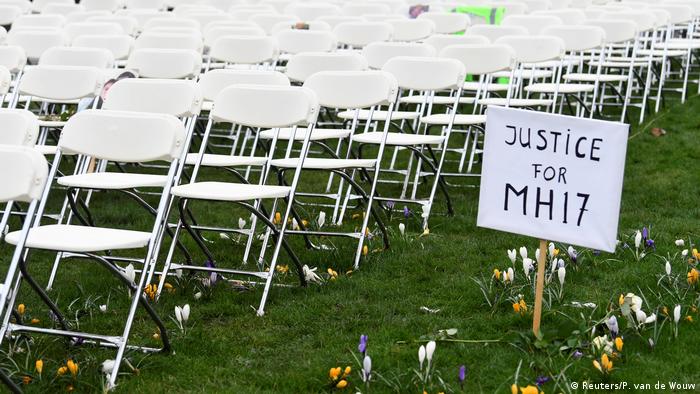 A Dutch court ruled on Monday that the trial of four suspects in the 2014 downing of Malaysia Airlines flight MH17 would go ahead despite none of them showing up to court.

The trial began with three of the suspects — two Russians and a Ukrainian — being tried "in absentia," while another Russian suspect would be represented by a lawyer, chief judge Hendrik Steenhuis said.

"The court realizes the impact of the loss of so many lives and the manner in which they so abruptly ended is barely conceivable," Steenhuis said at the start of the trial.

The trial will investigate whether the men were responsible for shooting down the airplane over war-torn eastern Ukraine nearly six years ago.

All 298 people aboard Flight MH17 died. The passenger jet was traveling from Amsterdam to Kuala Lumpur and most of the passengers were Dutch.

Prosecutor Dedy Woei-a-Tsoi read out the victims' names when the trial began. It took 18 minutes. 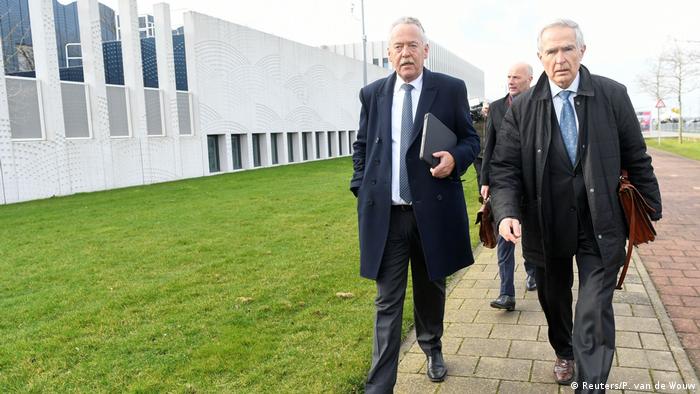 "The bereaved waited five and a half years. We hope that the truth is now on the table," said Piet Ploeg, whose brother, sister-in-law and nephew died in the crash.

He, along with other family members, laid a wreath at the memorial for the victims on Sunday.

The four suspects are considered responsible for bringing a Buk anti-aircraft missile system from Russia into the conflict area in eastern Ukraine. The men are on international wanted lists for their alleged actions.

The Russian government has adamantly denied allegations of involvement in the incident. Russia's Foreign Ministry last week denounced the trial as having a pre-determined guilty verdict.

"Russia has refused to play ball on this," DW's Kyiv correspondent Nick Connolly said. "They've said they're not going to hand over the suspects — and that's the end of it."

The trial in a high security building near Amsterdam's Schiphol airport, and is expected to continue into 2021.