The Mexican government has designated the Revillagigedo Archipelago as a national park. The Illinois-sized marine reserve in the Pacific will help conserve species endemic to the area and end commercial fishing. 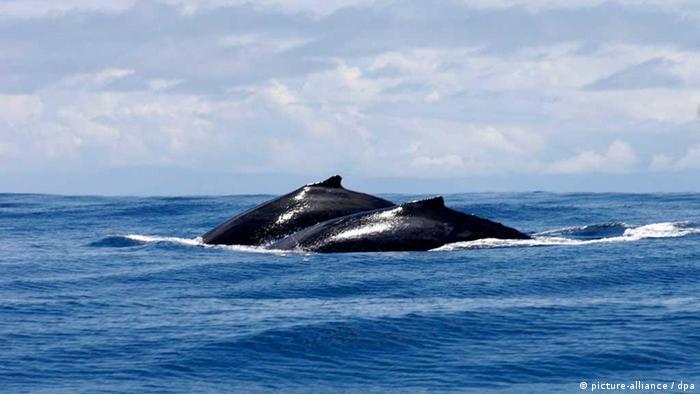 The Revillagigedo Archipelago, also known as the Galapagos of North America, is located some 390 kilometers (242 miles) southwest of the Baja California peninsula.

On Friday, Mexican President Enrique Pena Nieto designated the 148,000 square kilometer (57,143 mile) area as a national park, prohibiting all fishing activities as well as the construction of hotels on the islands.

Nieto said the decree reaffirms the country's "commitment to the preservation of the heritage of Mexico and the world."

The marine park is now the largest ocean reserve in North America and will help conserve giant rays, humpback whales, sea turtles and dozens of other species.

The archipelago is also home to migratory birds, lizards and other endemic species that inspired the 19th century biologist Charles Darwin.

President Pena Nieto said Mexico's environment ministry and navy "will carry out surveillance, equipment and training activities that will include remote monitoring in real time, environmental education directed at fishermen and sanctions against offenders."

The World Wide Fund for Nature (WWF) has commended the move.

Fish populations in the area have been hit hard by commercial fishing activities. The creation of a marine reserve is expected to help them to recover.