The ruling, which does not allow for the sale of the drug, is now under review by a higher court at the government's request. The organization backing the case told DW it is a step toward ending the "war on drugs." 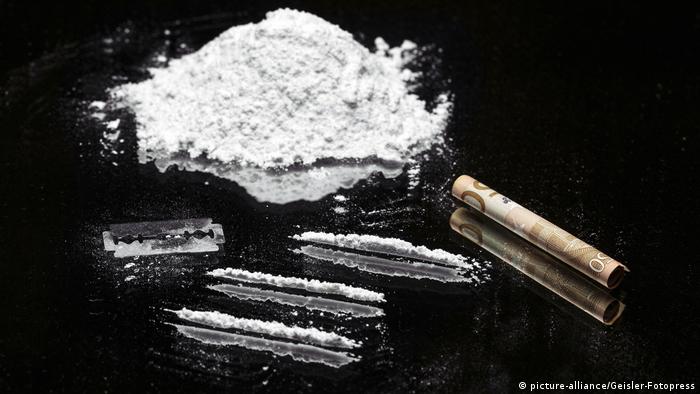 A judge in Mexico City has ruled in favor of two people requesting permission to use cocaine recreationally, marking the "first ruling of its kind," the organization backing the case said on Monday. The decision is now being reviewed by a higher court at the request of the government.

Mexico United Against Crime (MUCD), a group dedicated to ending the country's so-called war on drugs, said the ruling allows the petitioners to "possess, transport and use cocaine" — but not sell it.

MUCD told DW that they put the case forward in a bid to get the Mexican government to "reorient" the country's security efforts.

"Mexico has been focusing on 'fighting' a violent war against these substances for the past 13 years and the results couldn’t be worse: violence has tripled, drug consumption continues to be on the rise and the number of criminal organizations profiting from the illegality of drugs has also increased significantly," said Lisa Sanchez, general director of MUCD, to DW.

"Therefore, what we are doing is using all tools at our reach to foster a debate on the need to reform drug policies in order to define a much more effective security policy."

Following the judge's ruling, which took place in May, MUCD said the country's national health regulator COFEPRIS was ordered to authorize the two petitioners' personal, recreational use of cocaine use.

However, news agency AFP reported that the regulator has since moved to block the court order on the grounds that issuing such an authorization would be outside its legal remit.

The Mexico City court's ruling will only stand if the tribunal court, made up of several judges, agrees with the decision. The ruling would also only apply to the two petitioners. But MUCD has a bigger picture in mind.

Sanchez said the next step is to "prove is that prohibition has failed and alternative approaches can work better." "This is why we are making the case at court that adult use of currently illegal substances, such as cannabis or cocaine, shouldn’t be illegal or at least should not be punished by law and sanctioned with prison," she said.

Drug cartels and gang violence have largely contributed to a spike in Mexico's homicide rate. Official figures released in July showed that in the first half of 2019, more than 17,000 homicides were reported. The toll marked a new record, with a 5.3% rise in homicides compared to the same period the previous year.

A US Congressional report published in August said challenges for Lopez Obrador include an ad hoc approach to security, "absence of strategic and tactical intelligence on the opaque criminal market and "endemic corruption" within the country's judiciary and law enforcement.

Mexico's incoming president has granted his interior minister "carte blanche" to consider legalizing drugs. The new Mexican government has promised to respond to record-high violence with a package of judicial reforms. (18.07.2018)

Mexico's top court has struck down a law that formalized the decade-old domestic deployment of the military. The miliary are widely seen as the only trustful agency capable of fighting against powerful drug cartels. (16.11.2018)

Sprawling ranches and houses with escape tunnels seized from drug lords have gone under the hammer in Mexico's capital. Some of the properties, including one where a cartel chief was killed by his brothers, got no bids. (24.06.2019)