Mesale Tolu: I want to attend my trial in Turkey | Europe| News and current affairs from around the continent | DW | 30.08.2018

Mesale Tolu: I want to attend my trial in Turkey

Mesale Tolu was imprisoned in Turkey for more than half a year, at times held with her 2-year-old son. Finally allowed to leave Turkey, she tells DW about her time in jail, freedom of the press and her next plans. 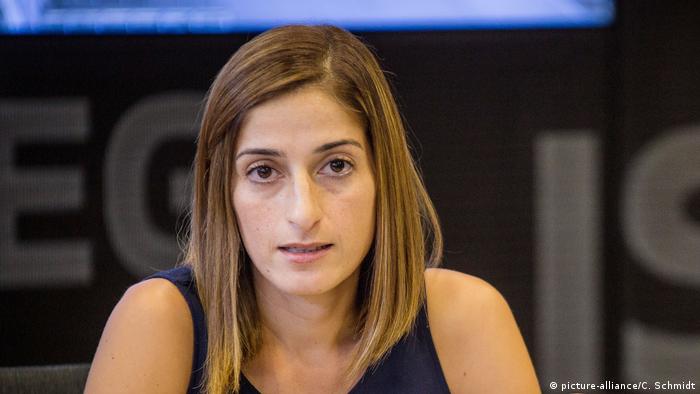 DW: At the end of April 2017, you were arrested on charges of terrorism and detained until December 2017. Last Sunday, after the travel banon you was lifted, you returned to Germany. How do you feel?

Mesale Tolu: I feel good. Because, above all, I missed my home, my family, my friends and a feeling of security.

You were initially imprisoned with your young son. Then he was released. How was that for you? Do you want to talk about that time?

Yes, because I need to process that time, and to process it, you have to talk about. It was a very difficult time because my son was very young. He was 2 1/2 years old at the time. How can you expect such a small child to understand something adults do not understand? My son has been through a lot. Now that he is back, I realize he remembers that period. Tolu was detained on terrorism-related charges

There are still hundreds of infants and children imprisoned with their mothers in Turkish prisons. What is life in prison like with a child?

No child should see the inside of a prison. It's not the same reality as on the outside. These are conditions, established by authorities, to seal people off from society. But there are many children who need their mothers, so parents have to make a very difficult choice. For instance, I found out that my son, who was separated from me for the first 17 days of my captivity, was not doing well psychologically. At that moment, it became clear to me that he needed to be with me, so I could give him a feeling of stability and safety again. In prison, he had no toys. Children need toys at that age. We improvised by making things ourselves. We tried to paint the walls, with stones and whatever else we had. It was very grey and cold, and everything was made of concrete. I got support from the other imprisoned women. They were all political prisoners who had been detained for years, sent to prison after the attempted coup.

Your husband was also in prison at the time. How did you feel in that situation?

After my husband was arrested, I only remained free for three weeks. I visited him twice. At the time, my husband asked me if I wanted to return to Germany with my child. But my husband's family doesn't live in Turkey. He wouldn't have had anyone there to bring him money, clothes or books. Then, before I could have even thought about leaving, I was imprisoned. It was always apparent that they wanted to punish us as a family. The current government is pushing anti-women policies. Women should stay at home. They should have children, preferably three of them, and not interfere in politics. It's imposed on every woman. Normally, as a mother, I would have had the right to a delayed detention. But politically engaged women don't have that right. They should be punished for getting politically involved. 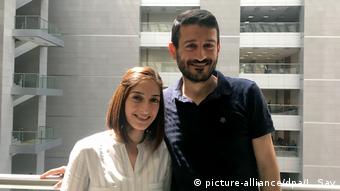 Tolu's husband, Suat Corlu, is still being held in Turkey on terror charges

What role did the German government play?

When I was taken into police custody, the German consulate was not informed for 10 days that a German citizen was being detained. The consulate was notified instead by my family. In the beginning, members of the embassy were not allowed to visit. It was at the peak of the crisis between Germany and Turkey. After that, I received regular visits from the consulate staff. Ambassador Martin Erdmann visited me three times. I sensed that my cause became their cause. When I was released, the police discharged me from prison because the police department had decided that I should be deported, despite the exit ban the court had imposed on me. This illustrates how arbitrary the system is in Turkey. I was only released because Ambassador Erdmann came for me, going from police station to police station and insisting that this injustice had to end.

Hundreds of journalists are being detained in Turkey. It has been highly criticized that imprisoned journalists with a German passport are released more quickly than their Turkish counterparts. A headline in the newspaper Cumhuriyet read: "The passport makes the difference." Why did you criticize the newspaper for that?

I did not enjoy the benefits of a German passport. That was my criticism. I experienced a very violent house raid. I was in court three times and always defended myself. I was abducted; an exit ban was imposed on me. I generally agree with the criticism of the difference in treatment between German and Turkish journalists. But I do not think that applies to me. If you look at all cases involving German citizens, I have been the most disadvantaged so far. But I do not want to make it all about me. Many of my colleagues are still imprisoned. There are many unnamed Kurdish journalists detained in the southeast of the country — where there is more torture that no one hears about. I'll continue to point out that there are 70,000 students and 570 lawyers being detained. These are all political decisions.

Many journalists in Turkey are fighting for the freedom of the press — despite the risk of being investigated or threatened with unemployment. What did you hear about that when you were in jail?

When you watch TV, you don't hear anything critical. All opposition channels were closed by decree. Hardly anything aside from the government is being reported on. Because of the declared state of emergency, we couldn't buy government-critical newspapers in jail. Usually, you have the right to do so. We only got Cumhuriyet and sometimes the newspaper Birgun. And not always even those. We were always told that the newspapers were sold out. In prison, you realize how bad the situation is for freedom of the press.

Your next trial date in Turkey is October 16, and you want to be there. What are your next steps?

I talked to my lawyers. As long as my entry is not prevented, nothing indicates I can't fly back. I was not deported. I already defended myself. I just want to be there now. But first I want to get back to my life here in Germany. Above all, I would like to get to work again as soon as possible and continue to work on behalf of my friends and colleagues,to make their voices heard. If I know that people are paying attention to me right now, I would like to take this opportunity to shine a light on human rights, freedom of expression and freedom of the press.

German journalist and translator Mesale Tolu, 33, was arrested on April 30, 2017, during a raid in Istanbul and was held in custody until December. Turkey accuses Tolu of supporting the banned extremist, left-wing Marxist-Leninist Communist Party (MLCP). Her husband, Suat Corlu, who is being tried in the same case, has not been allowed to leave the country.

The interview was conducted by Gezal Acer.