The EU should protect its external borders, but still help refugees, Germany's chancellor has told German public radio. Her comments follow an EU deal with Turkey to curb the influx of refugees. 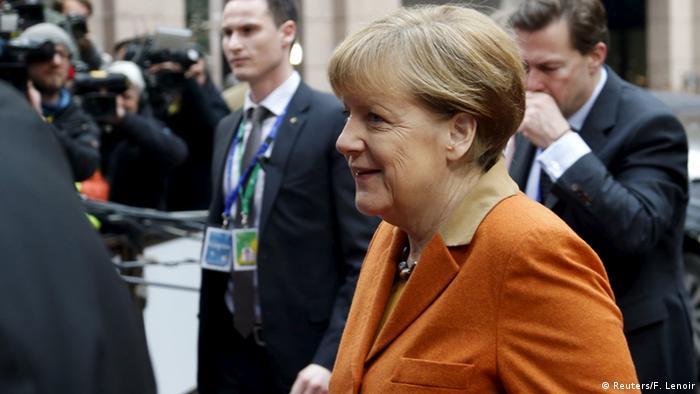 The Brussels summit between representatives of EU and Turkey is an "important step forward" on refugee policy, Merkel told Germany's southern public broadcaster, SWR, on Tuesday.

In the interview, the chancellor praised the deal to ship illegal migrants from Europe back to Turkey, with the EU taking in Syrian nationals from Turkish refugee camps in return. This agreement would reduce demand for smuggling, according to the chancellor, as Syrians who try to cross over illegally would greatly reduce their chances of obtaining asylum.

"This is why we need to try to open legal routes for them," she said, pointing to the thousands who have perished trying to traverse the Mediterranean to reach European coasts.

Merkel indicated that extending the deal to Iraqis might also be a possibility.

"We need to mull it over once more when it comes to Iraqis, to consider if also want to move in the direction of quotas. It a Europe-wide decision," she said.

Syrian refugees are especially important to Ankara, as Turkey is currently hosting 2.7 million of them, according to Merkel.

'Balance of interests' with Turkey

During the summit, Turkish Prime Minister Ahmet Davutoglu asked for an extra 3 billion euros ($3.3 billion) in aid and acceleration towards visa-free travel for Turks, in exchange for cooperation on the refugee issue.

Speaking to SWR, Merkel rejected the suggestion that Turkey had the upper hand in the talks.

"We are seeking a balance of interests," Merkel said. "We have our interests, Turkey has theirs."

The migrant crisis has prompted numerous EU-members to close their borders or raise barricades to curb illegal entries. Commenting on the refugees stuck between Greece and Macedonia, Merkel said it was "very emotional" for her to see people calling her personally for help.

However, the EU still needed "to see how we can go back to the Shengen visa-free system," with open borders, added Merkel.

"We need to look ahead and deepen (EU) integration," she said in the interview, while at the same time calling for a better control of the EU's eastern frontier with Turkey.

In addition, Merkel praised the joint position of EU leaders in Brussels.

The EU and Turkey are now taking a few days to iron out "specifics" of the deal, "seeing how it's a very complicated subject."

The final deal is expected at a two-day summit scheduled for March 17.