Angela Merkel is visiting Turkey with top EU officials in a bid to boost support for the bloc's controversial migrant deal with Ankara. Human rights groups say the agreement is deeply flawed and should be reassessed. 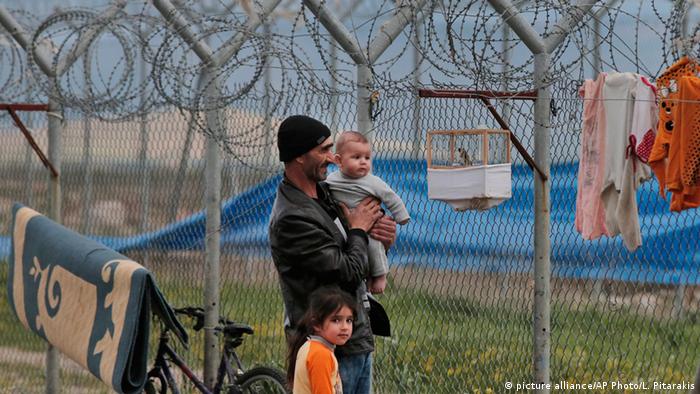 Merkel visited Nizip, in Gaziantep province, where thousands of refugees are living in a government-run camp

German Chancellor Angela Merkel visited a refugee camp in the southern Turkish town of Nizip near the Syrian border on Saturday afternoon.

The chancellor had said she hoped the one-day trip would give her a chance to assess the conditions on the ground for those who had fled Syria's war and to discuss the next steps in the implementation of the migrant deal.

Under the EU-Ankara plan, which went into force last month, migrants who don't qualify for asylum in Greece will be deported back to Turkey. In return, the EU has agreed to extend visa-free travel to Turkish citizens and put forward 6 million euros ($6.8 billion) over the next four years to help Turkey improve conditions for Syrian refugees already inside the country.

Rights groups and the United Nations refugee agency have raised concerns about the moral and legal implications of sending people to Turkey. Ankara has been criticized for preventing several thousand refugees fleeing northern Syria from crossing into the country and instead providing them with aid at displaced persons camps near the border. Rights group Amnesty International urged the European delegation not to "close their eyes to the catalogue of human rights abuses faced by refugees" in Turkey.

Judith Sunderland, Human Rights Watch's acting deputy Europe and Central Asia director, criticized Merkel's visit to what she called a "sanitized" camp and urged EU leaders to instead acknowledge the tens of thousands of Syrian refugees blocked from entering Turkey.

"That should make them rethink the flawed EU-Turkey deal," she said.

Merkel is also under pressure to broach concerns about freedom of speech restrictions in Turkey. The German leader's visit comes a little over a week after she granted Turkey's request to allow prosecutors to investigate German comedian Jan Böhmermann over alleged insults targeting Turkish President Recep Tayyip Erdogan. 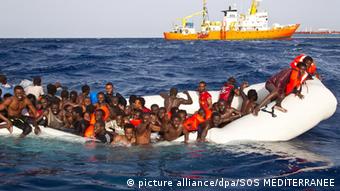 The EU hopes the migrant deal will curb people smuggling

Merkel's critics say her decision sought to appease Ankara at a time when Turkey has taken on a key role in stopping the influx of migrants to Europe.

EU Council President Tusk said Friday that "our freedoms, including freedom of expression, will not be subject to any political bargaining. This message must be heard by President Erdogan."

A meeting between Merkel and Erdogan is not on the agenda during her visit, but the chancellor said "all issues would be mentioned during the conversation with the Turkish prime minister."