In 2014, a mass grave from the civil war in Peru was designated as a memorial site. Three years later the project has stalled. Now, locals are building houses on the terrain. Jurriaan van Eerten reports from Ayacucho. 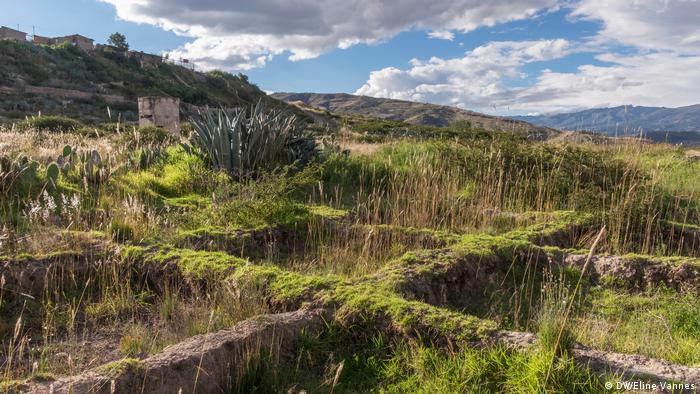 A dilapidated concrete structure stands in the middle of the field in Ayacucho, around 570 kilometers southeast of the capital Lima. This is where the gasoline was kept, Juana Carrión tells DW. In front of it, overgrown by weeds, are the stone ruins of what used to be three ovens. This is where bodies were burned; forensic archaeologists found the charred remains of bones. The rest of the field is a mass grave called La Hoyada. The contours of the squares in which the archaeologists made their last excavations in 2014 are still visible under the weeds. The remains of an estimated 110 people were found.

During the civil war, between 1980 and 2000, this area was used as a training ground for the army, which still has its base up on the hill. It became a so-called death camp where the army would take the people suspected of being part of the Shining Path guerrilla group. 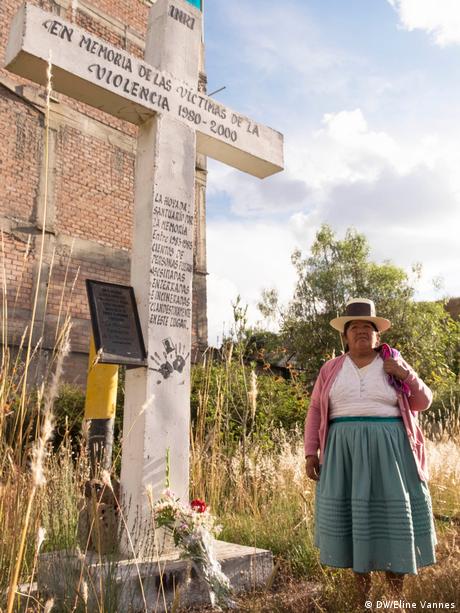 Carrión is the director of ANFASEP, an organization of family members of people who disappeared. The last time she saw her brother was in 1984 when he went out to run an errand. There was a roundup by the army, who were looking for guerrillas. Carrión's brother was a suspect because he studied at the university where Abimael Guzman, leader of the guerrilla group, taught philosophy.

"My brother wasn't interested in the armed struggle," Carrión told DW. "Sometimes guerrillas would come to our doors with their flyers to recruit people, like the evangelists do nowadays, but in my family, we feared for them."

Carrión's brother never returned. Like many people, Carrión doesn't have a grave to commemorate her lost loved one. But she does have La Hoyada, just outside the city, to go to. ANFASEP is trying to turn this mass grave into a memorial ground for the over 69,000 people who lost their lives or disappeared during the war, so family members of the disappeared will have a place to go to and people who are interested can learn more about what happened. In 2014, the Ministry of Justice and Human Rights approved the plan, which includes a museum and a lecture hall. According to the plan, the oven will be turned into a fountain.

But a small number of people have already built their houses on parts of the memorial grounds - on the hillside that looks over the area. It's a common practice in Peru: In many cities and surrounding areas in Peru, there are disputes over patches of land. Sometimes people simply build their houses where it suits them and hope to receive official authorization over time, and sometimes they buy the land off a middle man but who doesn't own the land. The government often grants official land titles to avoid social unrest - and to secure their votes.

Read more: Peru: Rich and poor in Lima divided by 'wall of shame'

'We have all suffered'

Rodrigo Sauñi Chumpes (65) and his wife live on the memorial grounds. They bought the terrain for 50,000 soles ($15,000) from a middle man. The man had told them he had gotten the land from an army general and had shown them documents to prove his legality. For the Chumpes, it's an investment in their future and a place for their children to live in case they lose their jobs. However, the police recently tried to chase away the roughly 15 families who built their houses on the terrain. 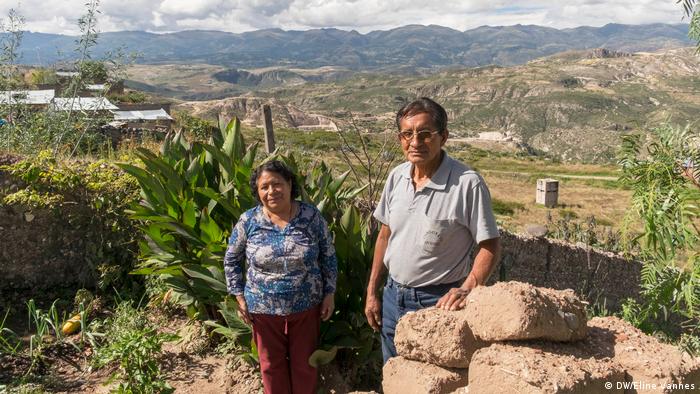 "We aren't invaders here; we have our documents. This only happens because ANFASEP has the right contacts with the government," Chumpes told DW in his garden. His wife, Feliciane de Sauñi, chips in: "We have all suffered from the violence here in Ayacucho. Why should they only have the right to a memorial?"

The couple used to have a young son. During the war, he would go out drinking with his friends and come back with stories about the armed struggle. Despite his father's warnings, the 17-year-old boy kept going back to the same group of friends and ended up being killed in a fight.

"This house is all we have," says De Sauñi. "I don't want a memorial. I want a place for the five children I have left."

According to Gabriela Zamora Castellares, a history expert who works at the same university where Abimael Guzman taught, there is an important sense of closure about having a memorial. Within the tradition in the Andes, the dead should be buried to have a place where their souls can rest. If not, they will keep haunting their family members as ghosts.

Zamora told DW that she thinks the villagers are the ones who suffered the most during the civil war. "They were caught in the crossfire. If they didn't cooperate with Shining Path guerrilla, these would sometimes plunder and rape people of the village. On the other hand, when the army suspected the villagers of helping the guerrilla, they would be taken away to be killed without trial."

For the women of ANFASEP, the most important thing now is to have the memorial site ready before they are no longer there to finish the project. "We are getting older," Carrión told DW. "There is not much time left. Some women in our organization have already passed away."