When Sam Okyere arrived in South Korea to study, he was met with racism. But he found a way to transform his negative experiences into positive ones, making a name for himself as a popular television personality.

The 77 Percent: The most famous black man in South Korea

To many viewers in South Korea, Sam's singing voice is hugely familiar. You can find him on some of the country's most famous variety shows and he even has his own radio slot. He raps in English and South Korean and sometimes in his native Ghanaian language Twi. Although he was born and raised in Ghana, he has recently become known as 'the most famous black man of South Korea.'

Sam can hardly walk the streets of Seoul without being stopped by people asking for autographs. Luckily it is relatively quiet at the juice bar in the popular downtown shopping district of the capital where he agrees to meet. 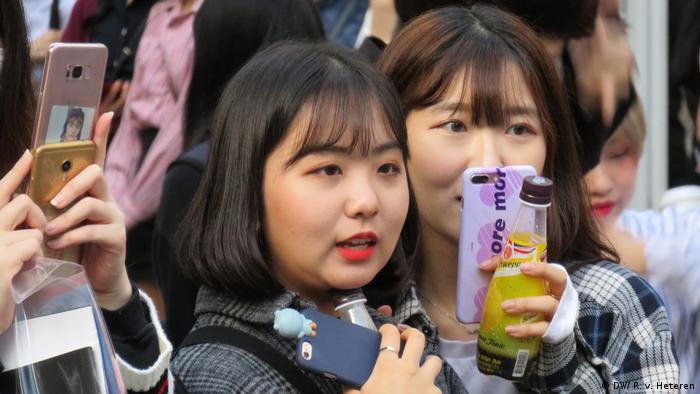 Sam first set foot on Korean soil nine years ago. Back then he faced a totally different reality. Sam moved from Ghana to Korea as part of a scholarship to study computer engineering. In the beginning, life here wasn't so easy.

"Of course at that time, Koreans were not as open to different types of people from different places, they were not so exposed to different races and different cultures." As someone who hadn't really experienced racism previously, he says it was difficult for him to comprehend. "People would openly come up to you and say really bad stuff like ‘You black monkey, go back to where you come from.' And sometimes you go to a place and people don't want to sit next to you. Like, that was heart-breaking."

Sam says he really wasn't prepared for this kind of treatment.

"I was like, wow! It really hit me for the first time that racism is real," Sam elaborates. "It was always sort of a concept that didn't really exist for me. I read about it but never experienced it until I came to Korea. So that really opened my eyes to what racism is."

South-Korea is one of the most ethnically homogeneous countries in the world. Over 99 percent of South Koreans identify as ethnically Korean. Foreigners have only begun moving to the peninsula very recently. Sam thinks that that is one of the explanations for the racism. "In a way, because they are not used to that, they get intimidated and the reaction that they have makes them appear to be racist," he says. "But sometimes it is not that, it's just mere ignorance and lack of exposure."

At first Sam was very frustrated by this treatment. But he realized that wasn't going to help him in the long run. He knew it was pointless getting angry and trying to fight back. He decided to learn the language because language is always a vital part of settling in to a new culture. And so he set to work. 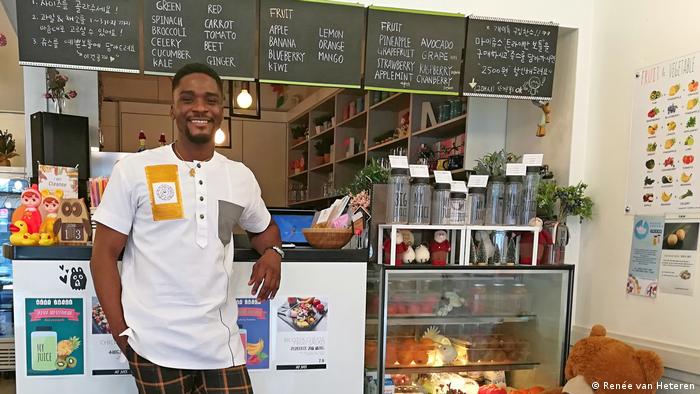 As his fame grew, Sam knew he needed to address the issue of racism

Once he had mastered the language, he quickly made lots of Korean friends. But his life really started to change when he entered the Korean entertainment business. He started off with small roles in commercials  but he eventually got his big break on a variety show called 'Abnormal Summit.' After this, he appeared in more variety shows, got roles in TV and now even has his own radio show. At first he was surprised, then pleased, to discover that he had become popular.

As his fame grew, Sam decided to use this platform to start addressing the problem of racism on national TV. Speaking in fluent Korean he told a story about the day when a lady on the bus raced towards him and took the empty seat that he was about to sit in. She blocked him with her legs, while swearing at him and telling him to "go back to his country." He quickly realized this was a form of blatant discrimination.

His story had the desired effect and touched the hearts of many South Koreans. He says for most people it was a wake-up call.

"So many people wrote to me, saying: ‘Thank you for mentioning this, I feel like we are living in a bubble, but now we really understand that it is real, now that you've spoken about your experiences we can see it from your perspective.' And I felt like it was such an important and iconic moment on Korean television. Because it was the first time something like that was spoken about openly and honestly." 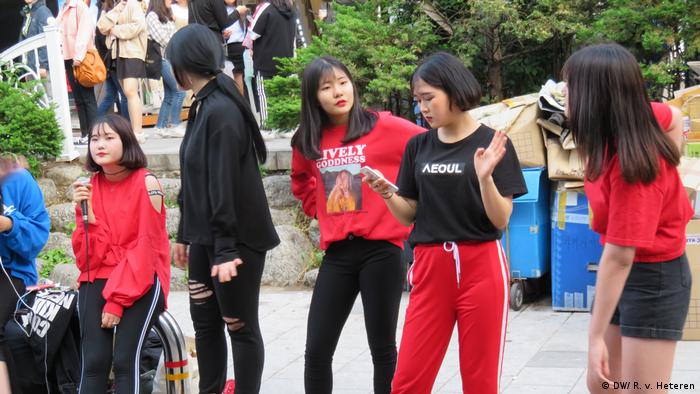 It is sometimes hard in Korea to deal with issues openly. Speaking about racism was not done until Sam addressed it on national TV

Korean society is not used to dealing with these kinds of issues openly so Sam really noticed the difference before and after he decided to speak out. In the last nine years, an increasing number of black and ethnically diverse people have made their home in South Korea.

Sam explains that lots of young Koreans have written to him telling him that their perception of Africa — or Ghana or even black people — has changed because of him. He tells another story to illustrate how deeply ingrained attitudes about the beauty of pale skin in Korea are slowly changing.

"I remember a few weeks ago I did a show and this old Korean was like: 'Oh my god, your skin is so dark, you must have been in the sun too long, apply something on it to make it lighter.' But there was one old lady that said: 'No don't do it, your skin is beautiful the way it is. God made you like this.' And I was so touched! I was like, wow, this is so unbelievable, a Korean telling me your black skin is beautiful, don't change it for anyone, I love it… You know, people are really getting the message."

And he smiles broadly before he ducks back out into the crowd of adoring fans.

The 77 Percent: The most famous black man in South Korea