In response to restrictive COVID-19 measures, a Sierra Leonean man in Germany's Bad Belzig has become a beekeeper — and won the hearts of the townsfolk. He has already turned his venture into a sweet success. 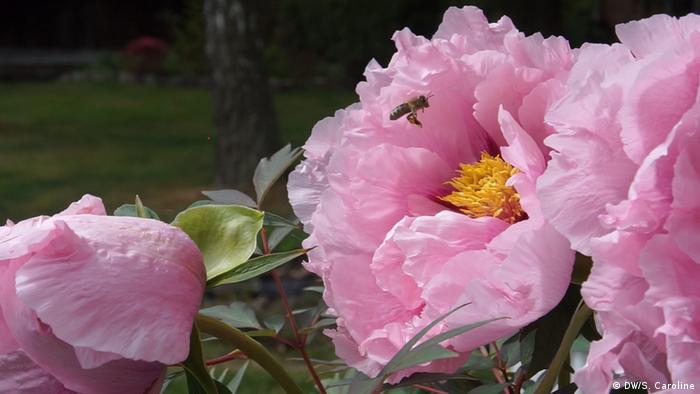 Christopher O'Neill has moved far in his life. Originally from Sierra Leone, he has been living in Bad Belzig near Germany's capital, Berlin, for over 20 years.

But when the coronavirus pandemic struck Germany in the spring, O'Neill found his movements severely restricted — and this was bad news. Used to being active most of the time, he quickly put on weight, which worried him.

It also gave him an idea.

"I stopped drinking coffee with sugar and looked for an alternative — it was honey," he told DW. "Because I have a very nice backyard, I had another idea: Produce the honey yourself!"

A few months — and a few bee stings — later, O'Neill's beekeeping hobby has flourished. It's also captured the attention of other local honey lovers like Madelle Ngnintedem, a Cameroonian working as an accountant in Bad Belzig.

"Being from Africa, I know what real honey is," she told DW. "So when I came to Germany, I found it difficult to find good quality honey."

Until she tasted a jar of honey from O'Neills' bees. 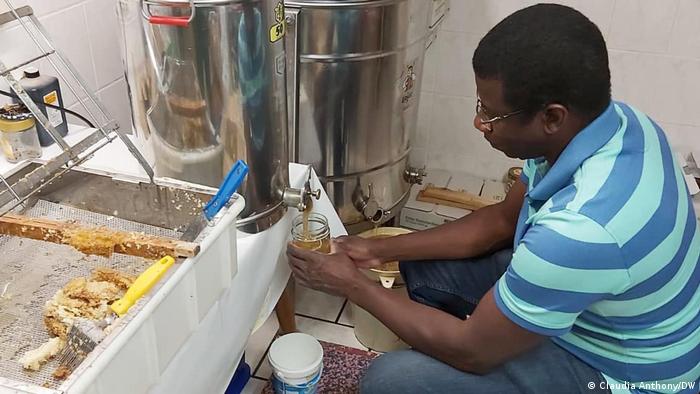 O'Neill credits his daughter for encouraging him to turn his backyard hobby into a business.

"I saw that I had too much honey, and my daughter said to me: 'Well Daddy, why don't you sell it?' And that's how it all started."

Beekeeping requires a lot of time, energy and passion. Chef Waldemar Dawid from the nearby town of Linthe, knows a thing or two about good food. He thinks O'Neill has what it takes to become a "bee master."

"He's an energetic guy," Dawid told DW. "Whatever he does, he does it to perfection and that's exactly how it is with the honey. I find it beautiful how he manages to capture a part of the sun and the bees. That's why my first choice for honey will always be Christopher, because I am 100% convinced [of its quality] ." 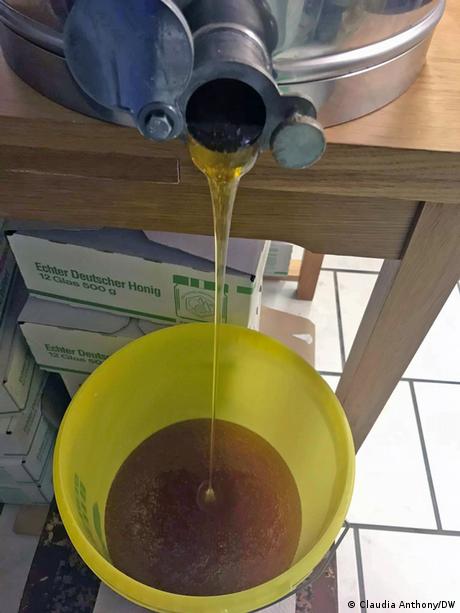 Fresh honey is tasty, but needs lots of work

O'Neill frequently drives about 25 kilometres away from Bad Belzig, where he has a few hives in the forest near the village of Jeserigerhütten. There, he ensures the bees are in good shape.

Kirsten Schmeisser, a dentist from Bad Belzig, is proud of her town's home-made honey.

"For me the honey tastes good," she told DW. "It is also a nice gift, so I offer it to friends when I visit them. A gift from Bad Belzig."

The honey's organic character stands out. Erika Moritz is well-established in the local beekeeping scene and runs her own honey business. She lives in the nearby village of Grabow, and was immediately impressed after tasting O'Neill's honey.

"Christopher is still a young professional beekeeper," she told DW. "He has a few years-old bees and has a good harvest. He does everything as naturally as possible." 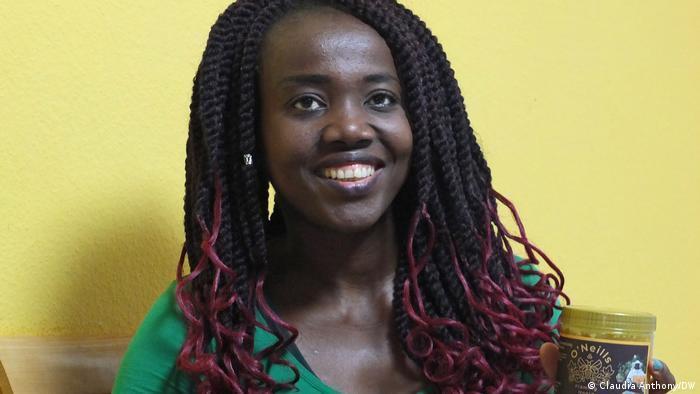 Madelle Ngnintedem is a fan of O'Neill's honey

"At a certain time the liquid gets creamier or firmer," he says. "The honey is whipped; otherwise, it crystallizes or becomes too sugary and that doesn't have a nice feeling on the tongue."

Despite the considerable skill and patience required, O'Neill doesn't think he'll be passing on his honey business to his children.

"At the moment, my kids are not really interested. The only thing my daughter said was 'I'll help to count the money'," he laughs.

This has not stopped O'Neill from wanting to grow his business. Currently, he has five hives, and plans to buy another five. 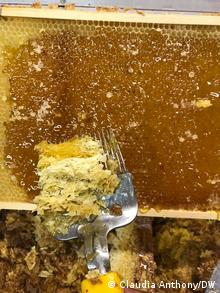 In the meantime, O'Neill enjoys the overwhelming encouragement and heartening feedback from his customers, including chef's like Dawid.

"I tasted the honey as a cook...it is flowery and malty,"Dawid explains. "I would use Christopher's honey for cooking, but also for delicacies."

Moritz believes O'Neill can turn his hobby into a commercial success.

"It takes a couple of years to learn the specific details of bee-keeping," she says. "Every year is different, but if you work on it, you can make it. And I have no doubts he could become a professional bee master."

This article was translated from German by Cai Nebe.