A German newspaper has reported that the government is developing a special aircraft designed to transport Ebola patients. At present, only the US has planes equipped for the task. 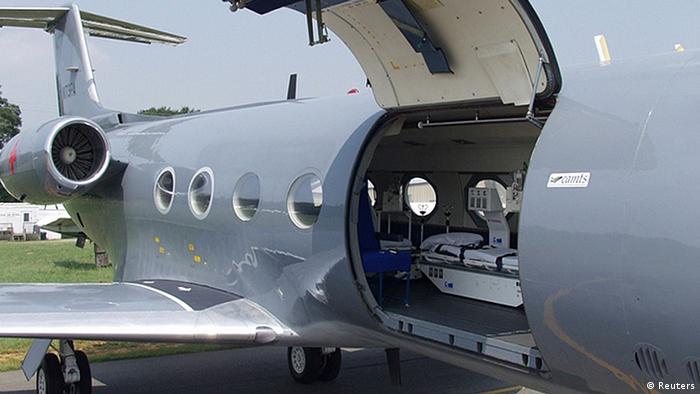 According to the paper, the planes are meant to be ready by mid-November, which is when the first German volunteers to fight the disease are to arrive in the West African countries affected by the current outbreak.

The newspaper reported, however, that goverment officials were unsure whether this schedule could be met.

Defense Minister Ursula von der Leyen has admitted in the past weeks that neither the German military nor any other EU countries have aircraft suited to the task. Only the United States has access to two specially equipped planes, belonging to the Georgia-based company Phoenix Air, which have also been used to transport Ebola patients to Germany.

Costs up to a million

So far the German Bundeswehr has purchased 20 special isolation cells that can be installed in Airbus MedEvac aircraft when needed. The newly developed planes are to contain built-in treatment facilities.

The newspaper reported that the proposal to develop the aircraft was put forward at a meeting in the German Foreign Ministry on September 19. The ministry has, however, so far declined to comment on the report.

According to the World Health Organization, as of October 14, 4,555 people had died from the virus out of 9,216 registered cases. Liberia, Sierra Leone and Guinea are the worst-hit countries.

A handful of cases in the US and Europe, mostly in people who have visited the affected region, have fanned fears that the epidemic could spread worldwide.

Beyond the hysteria: What you need to know about Ebola

From closed schools to canceled flights - the fear of catching Ebola is reaching epidemic proportions. DW goes beyond the alarmist headlines and puts the outbreak into perspective in the blog below. (17.10.2014)