The dependence of the public media in South East Europe on the ruling structures is still very strong. Germany could be a model for more social representation, says Hendrik Sittig in a DW interview. 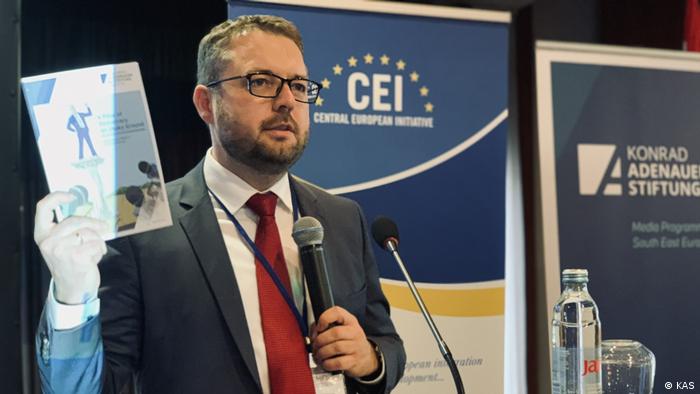 Deutsche Welle: The Konrad Adenauer Foundation (KAS) has conducted an intensive one-year study on public broadcasting in South-East Europe. What are the key findings?

Hendrik Sittig: We have published a book on public broadcasters in South East Europe together with a representative opinion survey on the current situation. In our view, two findings are noteworthy: two-thirds of media users say that public broadcasting is an important part of democracy. At the same time, almost 65 percent of users believe that these broadcasters are subject to political influence. This confirms the criticism expressed this year in demonstrations in Serbia, Montenegro, Croatia and a few weeks ago in Bulgaria.

The criticism is that the public service broadcasters cannot act freely, but are regarded as a mouthpiece of the government and thus report unilaterally. How can public service media live up to its mission of representing the spectrum of society when perceived and used as government tools?

Two factors in particular make the political influence clear. The first is the supervisory committees, i.e. the broadcasting councils elected by the parliament or other state institutions. This of course creates dependencies. These bodies should reflect the society and be free in their decisions, such as the election of their directors. Secondly, most broadcasters are financed or subsidized entirely or partially by the state budget. In addition, there is often insufficient funding and no perspective financial strategy that would allow broadcasters to plan for the longer term. 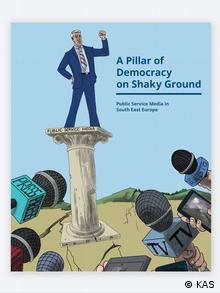 So we have the knowledge of where the core problems lie. What can be done to change these conditions?

We see our study as a foundation for possible further projects and want to give an impulse for reforms of the public broadcasting systems in Southeastern Europe. Over the past few months, I have held talks with a number of directors. It is fair to say that the situation is precarious everywhere. As a media program, we are offering our support with experience from Germany. We promote dialogue among broadcasting executives, supervisory bodies and politicians. To accomplish this we are planning further projects next year.

One crucial point in the results of this survey is quite clear: the issue of credibility. At a time when the public media are seen as instruments of government and the state, independence is lacking. If the survey has given any impetus, one already has the impression that the governments will change something about it...

This is a long-term process that goes hand in hand with the entire democratic transformation of these former socialist countries. Unfortunately, this is also associated with repeated regressions into authoritarianism. In addition, confidence in the media is very low here, also in public broadcasters. It should be clear that, because of their social responsibility, broadcasters are not a pawn in politics. Above all, they should be a source of reliable and objective reporting. In today's fragmented digital media landscape, this is more important than ever. 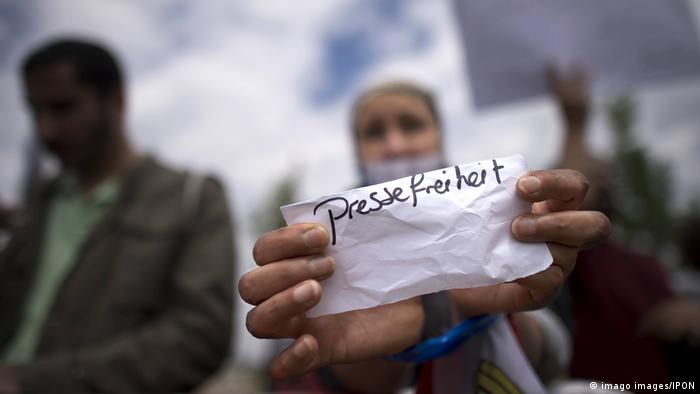 One could also point to the following heretical thesis: In 30 years since democratization, public broadcasting has not become more independent, and proximity to the state has become more firmly established. Wouldn't it be better to abolish it?

No, I consider public service broadcasting to be an important part of a democratic society - if it can operate independently. In this respect, I would like to see the European Union take a closer look at this issue. This also applies to the European Broadcasting Union (EBU) and our public broadcasters in Germany. Their colleagues here need all the support they can get. It seems to me that Southeastern Europe is unfortunately too often undervalued.

Hendrik Sittig has been the head of media program South-East Europe at KAS since October 2018. The program is based in Sofia and covers ten countries.

Information warfare does not stop at borders – Roundtable with Germany's development minister in Georgia 01.07.2022