Hundreds of thousands have staged rallies across France after a series of terrorist incidents that claimed 17 victims. Police are still looking for a woman believed to be the partner of a gunman who killed four hostages. 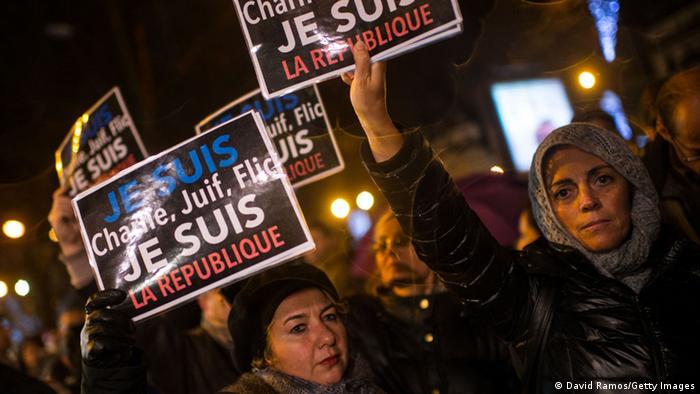 Hundreds of thousands of people marched in a number of French cities on Saturday in remembrance of the 17 people killed in a series of terrorist incidents this week, ahead of the massive national unity rally planned for Sunday in the capital, Paris.

Police said more than 22,000 people gathered in the city of Orleans, southwest of Paris, and at least 30,000 held a silent rally in the southern city of Pau.

Other rallies were held in Toulouse, Nantes, Nice and Caen.

Many participants held signs and banners with the words "Je suis Charlie" ("I am Charlie") to express their outrage and solidarity with the victims of the most deadly incident, in which two gunmen attacked the offices of the satirical newspaper Charlie Hebdo, killing 12 people including two policemen and eight journalists and cartoonists.

Similar rallies were planned at other locations in France on Saturday on the eve of the huge demonstration to be held in Paris, which is to be attended by President Francois Hollande and a number of political leaders from around the world, including German Chancellor Angela Merkel and British Prime Minister David Cameron.

France remains on high security alert, with hundreds of troops deployed around Paris on Saturday ahead of the march, which is expected to draw more than a million participants. 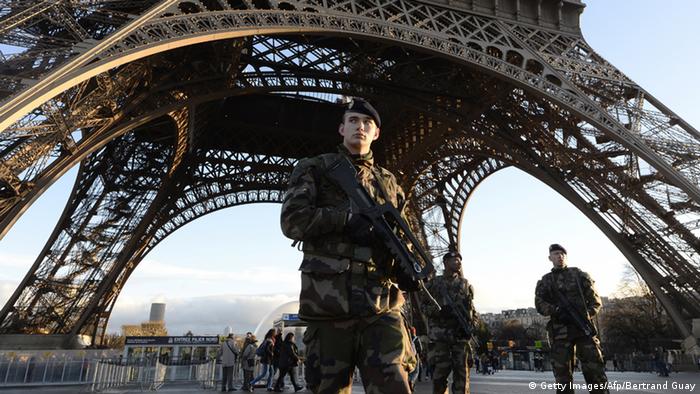 Security was high across France on Saturday

The Defense Ministry said another 500 soldiers were being sent into the greater Paris area, bringing the number of troops deployed there to around 1,350.

Police, meanwhile, are still searching for the common law wife of gunman Amedy Coulibaly, who was shot dead on Friday by police after taking hostages at a Jewish supermarket in Paris and killing four.

The woman, 26-year-old Hayat Boumeddiene, was initially suspected along with Coulibaly in the murder of a policewoman on Thursday just outside the French capital. Police have described her as "armed and dangerous." 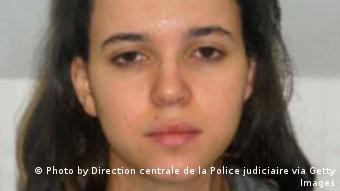 A police source told AFP news agency on Saturday, however, that she was probably in Turkey at the time of the killing, and that investigators were checking whether she was now in Syria.

The two suspected gunmen in the Charlie Hebdo attack, Cherif and Said Kouachi, 32 and 34 respectively, were also killed by police in a separate shootout and hostage taking in Dammartin-en-Goele, northeast of Paris. Their hostage was released unharmed.

Coulibaly, 32, who was acquainted with the Kouachi brothers, had threatened to execute his hostages unless the gunmen were released.

He told journalists before his death that he was a member of the "Islamic State" jihadist group.

All three men were known to French intelligence, leading to mounting questions as to how they had slipped through the security net.

"There was obviously a flaw," French Prime Minister Manuel Valls said in a televised interview on Friday. "When there are 17 deaths, then there have been failures."

The Yemen-based group al Qaeda in the Arabian Peninsula, to which Cherif Kouachi claimed to belong, has threatened more attacks against France if it does not stop "aggression against the Muslims."

A top al Qaeda official has pledged further attacks in France, though he stopped short of claiming responsibility for Wednesday's Charlie Hebdo shooting. He said the gunmen wanted to teach the journalists "a lesson." (09.01.2015)

Will the French give up personal liberties for better safety?

As France comes to terms with this week's terrorist murders, experts are predicting a new era for national security. Civil liberties could be threatened as intelligence services more closely scrutinize extremist groups. (09.01.2015)