24 year-old psychology student Marina Weisband has been the Pirate Party's most recognized face since being made national party manager last year. 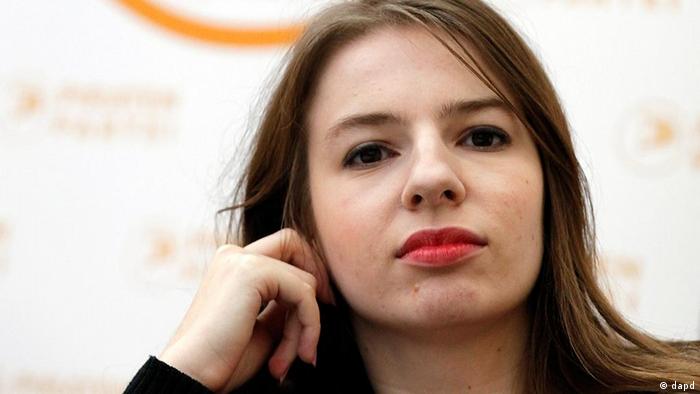 The Pirate Party has won seats in two regional parliaments with issues like transparency in the political process and the media and demands for a guaranteed basic income. Marina Weisband appeals particularly to younger voters with her laid-back style that's a contrast to the fusty rhetoric of most politicians. Many were disappointed by her announcement earlier this year not to seek re-election to office this month in order to concentrate on finishing psychology studies at the University of Münster. But she hasn't ruled out a return to politics after that. Weisband was born into a Jewish family in the Ukrainian capital Kiev in 1987. Her parents emigrated to Germany in 1994. She says that before joining the Pirate Party in 2009 she wasn't interested in politics. Today she lives with her partner in Münster and in her free time she enjoys drawing and painting, tango dancing and role-playing games.

"'Talking Germany" as video on demand