Mapping differences in two German economies | Germany | News and in-depth reporting from Berlin and beyond | DW | 25.06.2014

After more than two decades and 2 trillion euros worth of investment, eastern Germany trails western parts of the county in many economic indices. A new atlas of deindustrialization shows how stark the disparities are. 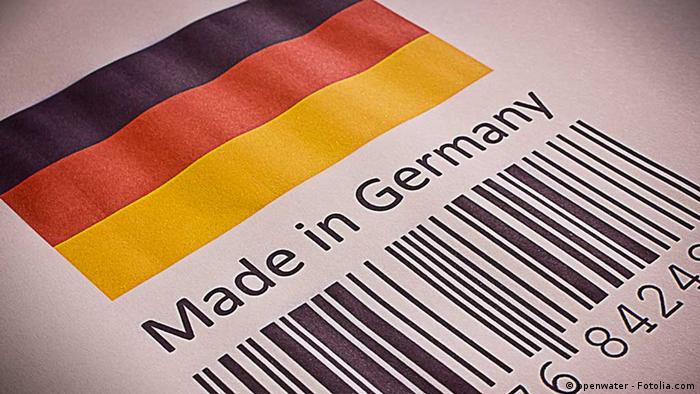 An atlas shows the extent of East German de-industrialization following reunification. The commissioner in charge of improving the situation sees reason for hope.

Large income disparities between the states that made up the former East and West Germany have persisted even after transfers of 2 trillion euros ($2.72 trillion) have been made to the former East. 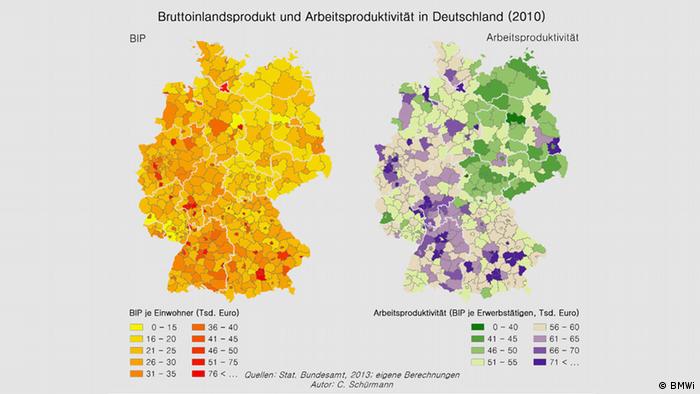 The investments were meant to create a sort of economic equilibrium between both parts of Germany, and, after nearly a quarter-century, the result is clear.

"There's not one location in Germany, but two," said Gerald Braun, a professor of regional development and entrepreneurship at the University of Rostock in Mecklenburg-Western Pomerania.

The professor published an "Atlas of Industrialization in East Germany" using maps to portray the region's most important economic data.

Whether in labor productivity or GDP, huge disparities persist between the former West German states and those from the former East.

The reasons for that, according to Braun, are to be found in misplaced subsidy polices after reunification.

"We started with the development of infrastructure, but you only create the hardware there, not the motor of development," he told DW.

At the same time, he added, the German government neglected to promote entrepreneurial initiatives.

The maps he produced show that after the Second World War many firms moved headquarters and production from the Soviet Zone to the Western zones, Brown said.

After reunification, a large number of run-down East German industries were sold off to West German companies by the public German Treuhand agency, created in 1990 to privatize state-owned East German assets.

Many factories were forced to close, causing substantial de-industrialization. Where companies did survive, they were integrated into West German corporations.

The result: A map of company headquarters shows little development in East Germany. Research and development departments are typically located in the west, with companies' logistics arms also keeping close to headquarters.

As a result, industry in eastern Germany lacks the ingredients of decisive growth.

"After reunification, decisive political mistakes were made," said Social Democrat Iris Gleicke, who oversees eastern Germany within the German Economic Ministry. The atlas was commissioned by the ministry.

Her task is to promote those eastern companies which have formed in recent years - particularly in the south-east, where powerful business groups have emerged.

"We need an industrial policy directed toward eastern Germany," Gleicke said. "We have to go specifically to where there are already centers of growth."

She announced loans for new or expanding companies to promote innovation and support eastern German companies through exports.

Since 2005, the manufacturing sector #link:17242931:has grown in the former East German states by 5 percent annually.

In spite of Gleike's efforts, the federal budget agreed upon by grand coalition of Chancellor Angela Merkel's Christian Democratic Union and the Social Democratic Party, of which Gleike is a member, and has drawn critiques from the opposition Left party.

"Her efforts are unfortunately not reflected in the current federal budget," said the Left's spokesperson for the eastern German states, Roland Claus.

"Investment rates are dropping further, and the east is falling behind once again."

Europe: An appeal for growth

The euro crisis is almost over, but what next? How to secure Europe's success in a globalized world? These are the issues that preoccupy Deutsche Bank's co-CEO, Anshu Jain. (18.06.2014)