Manifesta: Where an art expert and a plumber can discuss 'filtering art'

The German artist Christian Jankowski is the director of this edition of the contemporary art biennial Manifesta, held this year in Zurich. He tells DW why the arts need to get in touch with the rest of the world. 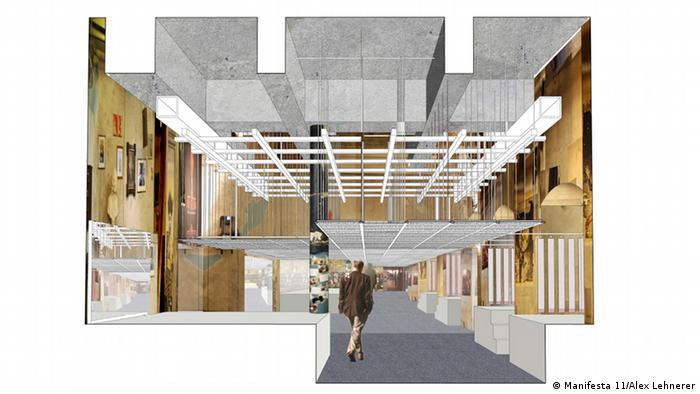 DW: Mr. Jankowski, among many competing international art shows like the Documenta and the Venice Biennale, is the Manifesta still relevant today?

Christian Jankowski: I think there will never be too many of them. So far, people do not seem to be oversaturated. What counts the most is that it has to be interesting. If it's interesting, it's worth a visit. I hope we've achieved that here.

You are the artistic director of the event and also an artist yourself - which is a first for the Manifesta. "What People Do for Money" is the motto you picked for this 11th biennial held in Zurich. What was your intention here?

"What People Do for Money" might sound a little moralizing. I see it as a metaphor. Most people take on jobs for money. But I'm interested in finding out how the perspectives, specialized jargon and expertise from different fields can contribute to the arts.

The terms used to interpret art are part of our specialized language, but they sometimes sound clichéd. They wear out. Words wear out like shapes. That's why I'm hoping for surprising connections from these different worlds to have an effect on art. 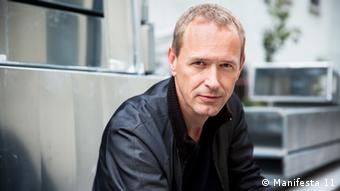 How can different professions contribute to the arts?

For example, when I hear someone who works in a sewage treatment plant talk about what can be filtered out from art, I get a completely different image than when an art historian says the same words.

One of the 130 artists at the Manifesta is the French author Michel Houellebecq, whose last novel, "Submission," imagines France being governed by a Muslim party in 2022. How does he fit into your concept?

Michel fits perfectly into my concept. He stands at an intersection. During my research, I discovered that he also takes photos. His double occupation as a writer and a photographer creates an interesting intersection, just like in my case as a curator and an artist.

Houellebecq, hosted by a physician, undergoes a health check. How does this lead to art?

Michel's concept is based on a medical examination that allows him to work on images of his body. Houellebecq's proposal led to a big discussion with the hospital. They suddenly called off the project because they didn't believe that he wanted to exhibit art. Meanwhile, everything has been cleared.

His documents - in many copies - are now exhibited in the entrance hall of the hospital. Someone who does not know contemporary art and recognizes his name might think: "Are you cleaning up here?" or "Is that how you deal with my private documents?" Houellebecq's work plays strongly with the privacy of disease and the body. Health insurance companies always thoroughly check patients' health before insuring them. These are some of the issues explored in his work.

Another project during the event is called the "Imbissy Lunch," where star chefs will reinterpret historical menus served to diplomats - and serve them in a snack bar. Where does the artistic potential lie in this project?

Just like art or money connects people, food also brings people together. Snack bars established by people who have left their home country also transmit a culinary culture - whether it's gyros or pizza, it all reveals tons of information.

For his project, the artist John Arnold therefore decided to work with top chefs and to research the state banquets from the past. As a neutral country, Switzerland has played a major role in negotiations between different nations. For example, Arnold is creating a state banquet reenactment at the Riviera snack bar, creating a mix between snack food culture and haute cuisine. It is admittedly a difficult project, because snack bars also have regular clients. The artistic concept behind it is to create a combination between high and low culture, to allow new combinations to emerge.

Does the art world need to broaden its audience?

Yes, if it can help bring the views of different people together, especially from people who previously weren't into art.

Christian Jankowski, born in 1968, is a German conceptual and performance artist. His video installations and his role-playing performances deal with the relationship between artists, art institutions, the media, and society.This year, he is directing the art biennial Manifesta 11 in Zurich.

The novel 'Submission' was published in France on the day of the attacks on the satirical magazine Charlie Hebdo. Houellebecq has often been critical of Islam in the past, but his new book does away with polemics. (08.01.2015)

A year of political messages at the Architecture Biennale in Venice

Is architecture the most political of all art forms? A look at the offerings at this year's Architecture Biennale in Venice - where opposites appear to attract - suggests it may very well be. (01.06.2016)