Authorities in France have arrested a man believed to be planning an imminent armed attack on churches. The country's foreign minister said the man was known to authorities for wanting to fight with jihadists in Syria. 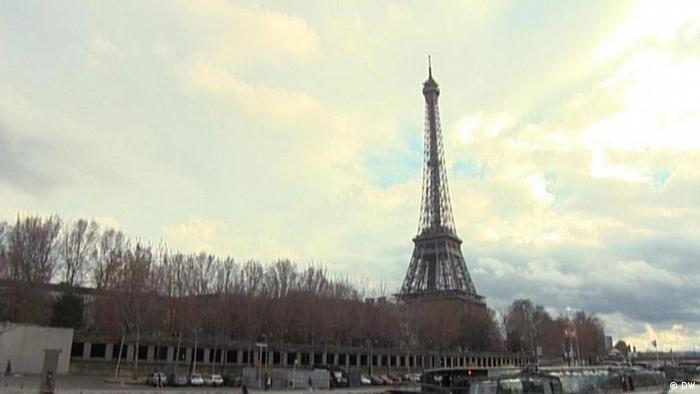 In an announcement on Wednesday, French Interior Minister Bernard Cazeneuve told reporters that a man arrested by French authorities in Paris was believed to have been planning attacks on one or two churches.

The arrest was made on Sunday, Cazeneuve said, and occurred because the man apparently called for an ambulance to treat an injury. When medical personnel arrived, they saw the injury seemed to be an accidentally self-inflicted gunshot wound and alerted police. The man was found in his car, where police also found weapons and notes indicating potential targets for an attack. A further search of the man's apartment revealed more weapons.

The suspect is a 24-year-old Algerian computer science student, who has lived in France for years, according to unnamed officials from the Interior Ministry quoted in news reports.

According to Cazeneuve, the man was known to French authorities for his desire to travel to Syria and fight with jihadists there. The suspect owned "an arsenal of several war weapons," Cazeneuve said, which were discovered upon his arrest Sunday. Some were in his car, where police initially found him, and a further search of his apartment revealed more weapons.

Cazeneuve also added that the man was a suspect in the murder of a woman near Paris that occurred just before his arrest on Sunday. The 32-year-old had come to Paris for a work-related training session and was found shot in her car in what appeared to be a random killing.

French authorities have been on alert for public attacks since the Charlie Hebdo and kosher supermarket killings in January that claimed 17 victims.