Protesters have taken to the streets in Israel to campaign for social justice, a year after mass protests about the spiraling cost of living. In Tel Aviv, one man set himself alight to protest government policies. 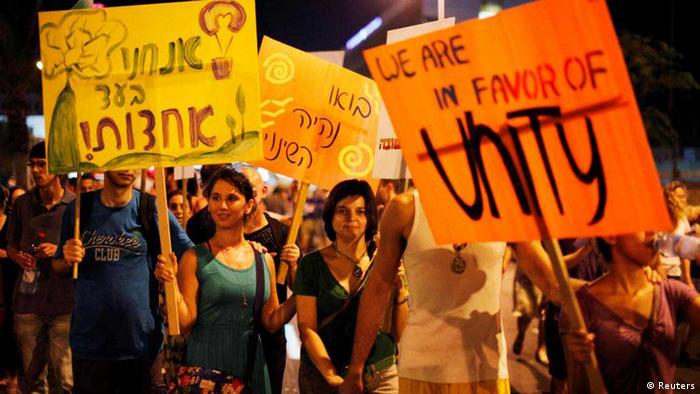 The demonstrations were part of a push to breathe new life into a movement that began last year, with protesters voicing anger over high living costs and low wages.

A police spokesman put the total number attending two marches in Tel Aviv at up to 8,000. Participants claimed around 10,000 people were planning to attend one of the marches alone, towards government offices.

Police said that one middle-aged protester had to be taken to hospital after he poured flammable liquid over his body and set himself alight. The pictures were shown on Israel's Channel 10 television network, as protesters gathered around the man, trying to put the flames out.

The man had first handed put a letter condemning the government for the "constant humiliation" of his economic predicament. The man remained in a serious condition late on Saturday, police said.

The two rallies in Tel Aviv took place at the same time as demonstrations in Jerusalem, the port city of Haifa and the southern desert city of Beersheba.