Even as EU border patrols search for some 70 migrants who went missing near Malta on Aug. 27, the people of the smallest EU state are becoming fed up with rising illegal immigration. 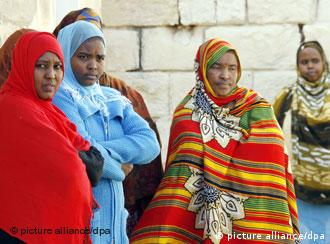 In the EU, immigrants can only apply for refugee status in the first country they enter

The 70 disappeared when they were swept off a flimsy craft which capsized after it left Libya, according to eight fellow travelers who managed to cling onto the vessel long enough to be rescued. It is one of the worst tragedies involving would-be immigrants in the Mediterranean -- yet the Maltese newspaper's online readers' forum offered little, if any, compassion.

Instead, anger was directed at the thousands of Africans who attempt to cross the waters to Europe. Readers' rage was also aimed at neighboring Libya, from where most of the would-be immigrants depart, and the European Union, which is perceived as turning a blind eye towards a mounting problem.

In the past eight months 2,200 would-be illegal immigrants landed on Malta, the smallest and most densely-populated European Union state. In contrast less than 1,700 arrivals were recorded for the whole of 2007. Given Malta's population of 400,000, it is as if 45,000 people had landed in Germany, Maltese government officials have said.

The island nation has rescued over 9,000 people off its coast in the past five years. Some were found clinging desperately to tuna farm cages after their boats sank. Many others simply disappeared, adding to the unknown toll of Africans who have died in their attempt to find a better life abroad.

Despite appeals for solidarity by church officials, newspaper forums on the staunchly Catholic island suggest that sentiments of racism run high with many Maltese.

Malta's main political parties, afraid of harming their country's EU credentials, have been coy about the issue. However, a recent Euro survey showed that illegal immigration is the second highest concern among Maltese citizens, despite their country signing the United Nations' convention on refugees.

A problem for the EU 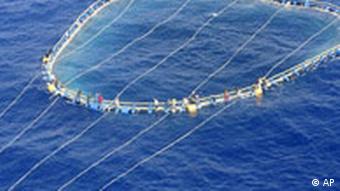 The islanders also doubt the political goodwill of other EU states who have responded tepidly to Malta's request for the introduction of "burden-sharing" -- whereby other EU members would absorb a number of people certified as refugees.

To date, only Germany and the Netherlands have accepted a few refugees from Malta. The most substantial contribution has come from the United States, which this year agreed to accept 200 refugees.

Resettling immigrants within the EU is the only way for the bloc to achieve common standards in dealing with refugees and asylum-seekers, and also share the burden of the influx, according to Mifsud Bonnici.

It would also ease the situation inside immigrant detention centers where limited resources are already over-stretched, he said.

In addition, the perceived failure of the Frontex border patrols has increased Maltese skepticism of the EU's anti-illegal immigration measures.

Most of Frontex's equipment, including patrol boats and rescue vessels, are provided by the Maltese military, with little support from other EU nations, critics of the operation say.

Still, no amount of sea patrols will deter people wanting to flee Africa, according to 25-year-old Imman Ali Dirie who fled his conflict-ridden homeland of Somalia in 2005.

"When you lose everything you have in your home, you are determined to move to more prosperous countries, and nobody can convince me to turn back," said Dirie.

Dirie is one of the many who tried to reach Italy, but was forced to stop in Malta because his boat ran out of supplies. Once in Malta, immigrants discover their dream of reaching mainland Europe remains a dream -- under the EU's Dublin Regulation they can only apply for refugee status in the first member state they enter.

"In Malta you feel trapped. We all want to leave Malta but you can't continue with your trip, you don't want to go back to Africa -- and the Maltese don't want you here," Dirie said.

Tiny State of Malta Struggles to Cope with Illegal Immigrants

Hundreds of African boat people arrive on the shores of the EU's smallest state, Malta every year. The tiny country is struggling to cope with the influx -- camps are bursting at the seams and xenophobia is on the rise. (24.11.2007)

Maltese Interior Minister Tonio Borg called on his European Union counterparts to help his country deal with a wave of illegal migrants trying to reach Europe. (12.06.2007)