About 90 percent of Mali's women are circumcised, in which parts of their clitoris and labia are removed. In some girls, the entire female genitalia has been cut out. It's a tradition even supported by many women. 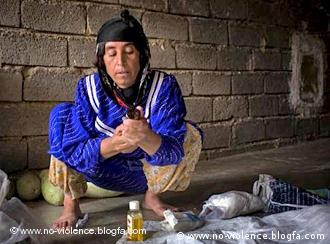 Female circumcision is always carried out by women. One elderly woman who performs the procedure in Bamako, a popular quarter of Mali's capital, uses razor blades.

"We used to do the cut with crude metal instruments and of course, there was always a risk of infection," she said. "Today we use razor blades, one per girl. Even when there are 100 girls to cut, we use one blade per girl. Before, we used the same blade for all the girls."

Most of the girls are between six and 14 years old when they have the cut. Traditional medicine such as leaves known for their healing qualities is used to treat the wound. Still, there is a very high risk to the girls' health. Alongside the intense pain, there are often infections and chronic inflammation of the urinary tract.

Sometimes the consequences of the circumcision are fatal. For this reason, several of Mali's neighboring countries, such as Senegal and Burkina Faso, have made female circumcision illegal.

For the women that carry out the circumcisions, it is a lucrative business. They get just over seven euros ($10) per cut. It's a lot of money by Mali standards. 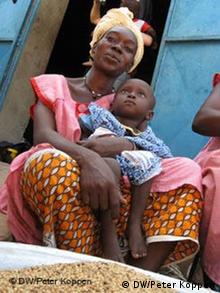 Mothers decide about their children's destiny

Virginie Kone works for an association that is working to enlighten people on genital mutilation. She said another problem is the attitude of the women themselves. Many of the young women see circumcision as an initiation passage from girl to woman. For others, it is a religious matter.

"Some women are also influenced by superstitions about the clitoris," Kone said. "They believe it has the capacity to transform itself, or to become too big or to become inhabited by evil spirits."

Mali is still governed by strong patriarchal traditions. The father has absolute authority over his daughter, and when she grows up, she belongs to her husband. The woman only counts as a real woman when she is married.

Officially, the minimum marrying age for girls is 18 and 21 for boys. But underage marriage is a common occurrence in Mali and numerous poor families benefit from it. The bride's parents not only receive wedding gifts, but the girl relieves the family of the cost of her upkeep by moving out and into her husband's home. But these underage marriages are a nightmare for the young girls.

"When a grown man takes a 13-year-old up to his room, how can you expect the girl to defend herself?" said Nana Traore, who works for the human rights organization Association Malienne des Droits de l'homme. "He could beat her to death; do with her what he wants. She's totally dependent on him."

Rights need to exist in reality and not just on paper

Women's movements are gaining momentum in their efforts to get women's rights recognized in Mali. One major concern of the movements is to make both sexes aware of contraception and family planning. 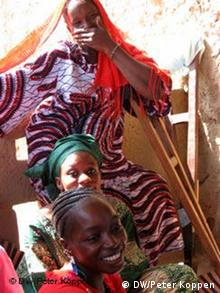 But they are also demanding equal education opportunities for women. 80 percent of women have never been to school and can neither read nor write. They don't know what rights they are entitled to.

It is a long way to equality, said Moussa Diallo, a doctor from Kati, a rural community close to Bamako.

"The women here are slaves bound to cultural practices," Diallo said. "Already the older ones were brought up to think a certain way. They have been taught to think that one way is good and the other bad."

But the efforts of the various pro-women organizations are bearing fruit. Especially in the cities, the women are becoming more confident. There are numerous cases of divorce.