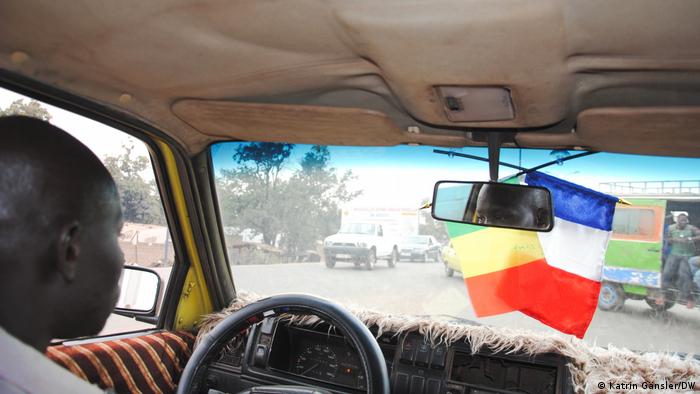 Eight years ago, the French Serval mission was acclaimed in Mali. But things have since changed

Moussa Dicko is angry. Wearing a green T-shirt and sunglasses, he is standing a short distance from Independence Square, a roundabout in the center of Bamako, Mali's capital city. He is one of about 30 young men who came to protest against France's military mission — but their demonstration was banned at the last minute.

Dicko isn't deterred by the fact that the police are using tear gas to disperse those who came. "We don't want to be manipulated anymore," he said. "Things have got to change."

Eight years ago, French troops from the Serval mission, which was followed by the now unpopular Barkhane mission, were hailed as "liberators" after they succeeded in driving out the supporters of the Movement for Oneness and Jihad in West Africa (MUJAO) and  Ansar Dine Islamic extremists from northern Mali. Taxi drivers decorated their cars with the French flag. 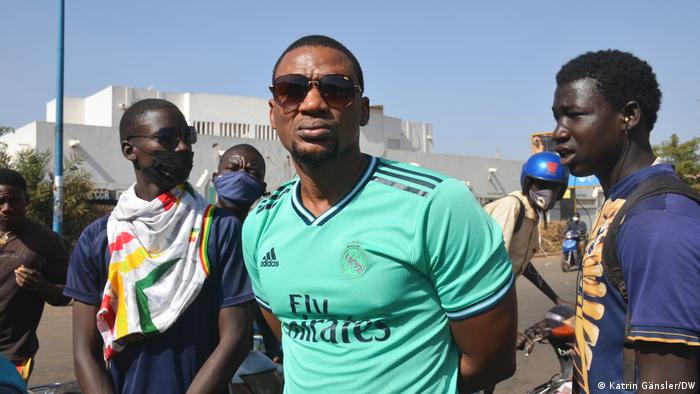 But the situation has changed, and the relief and optimism have disappeared. The security situation has worsened, with not only the north but also central Mali now affected.

Thomas Schiller, the head of the Regional Program Sahel of the Konrad Adenauer Foundation (KAS) in Bamako, told DW that there were a number of militant groups active in the Mopti region, including "self-defense militias with their own agenda." He said farmers could no longer cultivate their fields and that entire villages had fled the region, some 630 kilometers (390 miles) northeast of Bamako.

There are also reports of bandits setting up roadblocks and attacking travelers in the Timbuktu region. The resulting fear and mistrust is threatening stability and development. 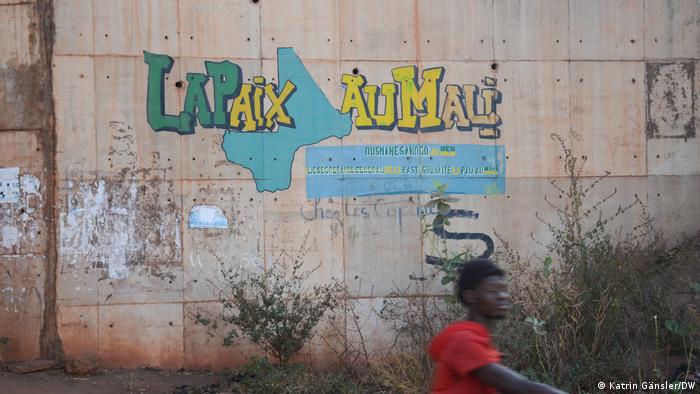 Peace remains a remote prospect in Mali, despite slogans like this one calling for it

But for Oumar Mariko, the secretary-general of the left-wing political party African Solidarity for Democracy and Independence (SADI), international missions are not the solution. At a press conference at SADI headquarters in Bamako, he received a huge round of applause from supporters after stating: "Our philosophy is: Only the Malians themselves can end this conflict. In Kidal, Gao and Timbuktu, Malians themselves have taken up arms and are using them in the name of Islam."

Mariko favors promoting dialogue between the different stakeholders. When asked why his party had not had any success with this method up until now, he shrugged his shoulders and responded: "We cannot propose any solutions because we're not in power."

There are various reasons for why the French Barkhane mission in particular has come under fire. Aly Tounkara, the founder and head of the Center for Security and Strategy Analyses in the Sahel (CE3S), explained that one problem was image. "The French army claims victories in the fight against terror for itself, but keeps saying that it is working with other troops in the Sahel, especially Malian ones. The question is how efficient their cooperation is."

This is an ongoing question, agreed Schiller. "If one speaks to Malian officers, they always criticize the fact that the European Union Training Mission in Mali is too theoretical. On the other hand, one hears international officers saying that it is not easy to implement training missions with Malian troops," he said.

Another problem is that national and international media report extensively when French soldiers are killed. The fact that 50 French soldiers have met their deaths since the military interventions began in 2013 has also triggered a debate in France on whether the Barkhane mission should be reduced in size or have its mandate modified. But there is far less media attention when Malian soldiers lose their lives, even when 10 or 20 die in attacks, according to Tounkara.

The international missions in Mali have also been criticized because their mandate is not always clear to the population. The task of the United Nations Multidimensional Integrated Stabilization Mission in Mali (MINUSMA), the biggest peacekeeping mission in the country with 13,000 troops, is to implement a 2015 peace agreement and to stabilize the north. However, it has come under fire in the past for not intervening when conflict emerges in other parts of the country. In fact, it is legally not permitted to do so, but this is not generally understood.

On the other hand, the fact that there are international missions is profitable to some in Mali, said Tounkara, even though it is not clear to what extent. "Malians who work for MINUSMA, Barkhane, EUCAP, EUTM and G5 Sahel of course want these international actors to remain," he said. 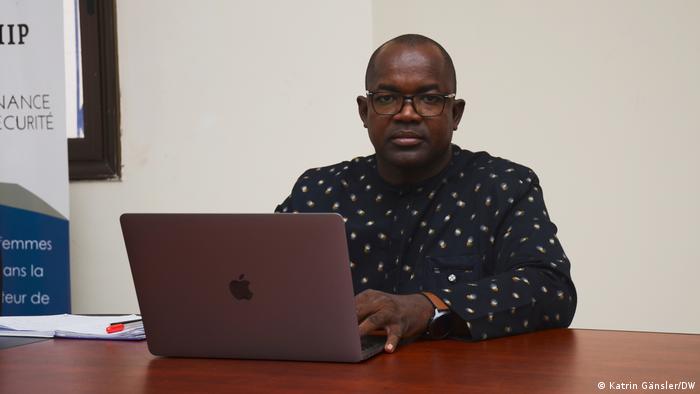 Aly Tounkara hears criticism of French forces, but not of France in general

For instance, hotels and restaurants in Bamako have relied on their business since the collapse of tourism following the coup in 2012. Though international missions have been criticized, there was no anti-French sentiment in Bamako at least, said Tounkara.

For his part, Schiller said there were mixed feelings toward the former colonial power. Many Malians see France as being a natural partner both in linguistic and cultural terms, he said, while at the same time often being very critical of the military operations.