The Moroccan occupation of Western Sahara continues unchallenged to this day. A referendum agreed on more than 30 years ago has yet to take place and frustration in the region is growing. 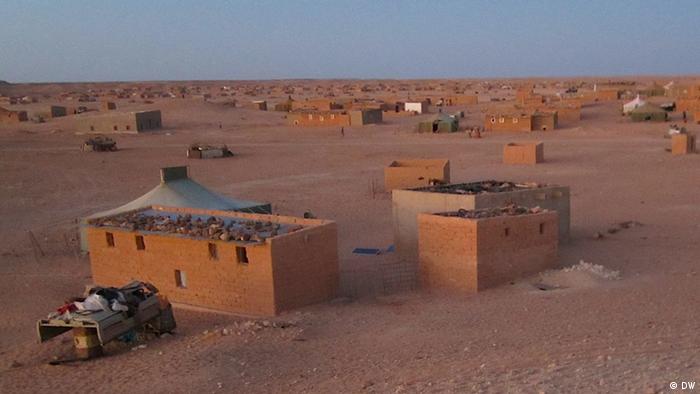 The prospect of Islamists advancing victoriously through North Africa has been viewed with growing fear by the international community since the outbreak of the crisis in Mali. This is what lies behind the emphasis which western states are placing on stability in their relations with countries in the region. However, human rights activists warn that this could also result in cementing injustice in Western Sahara. 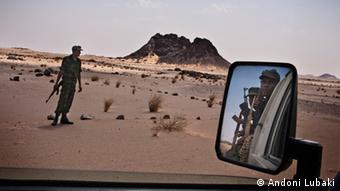 Polisario soldiers in their biggest mountain stronghold at Awanit

In 1975 Morocco invaded its southern neighbor. Since then it has remained in control of some three quarters of the territory and has settled members of its own population there. Resistance came from the political and military wing of the “Frente Polisario” (Polisario Front). This Wednesday (27.02.2013) marks the 37th anniversary of Polisario's declaration of independence for the “Saharan Arab Democratic Republic” (SADR).

“Our big sandpit” – that is how members of the UN Minurso mission used to call their area of operations in the Western Sahara. Whether the term was used affectionately or disparagingly, it refers to the site of a conflict which is largely ignored by western media. Since 1992 UN blue helmets have monitored the ceasefire negotiated between the occupying power Morocco and the independence movement Frente Polisario. The latter only agreed to the ceasefire on condition that the 75,000 inhabitants of the Western Sahara, the Saharawis, should be able to vote on independence. Since then, nothing has happened. Morocco refuses to hold a referendum and treats the area as if it were one of its provinces. In this it is indirectly supported by France. As a result of the Mali crisis, the former colonial power now has even less reason to press for a solution to the West Sahara conflict, says Ulrich Delius of the Society for Threatened Peoples, based in the German city of Göttingen.

“Morocco is needed right now, that is the main problem. France has made that very clear with its thanks for the fly over rights granted by Morocco during the Mali intervention. This highlights how much importance Morocco has in the battle against Islamism in northwest Africa,” Delius told DW. “At the moment there is no desire to annoy Morocco by insisting on a referendum in Western Sahara,” he added.

However, a referendum could reduce the risk of radicalization among young Saharawis. 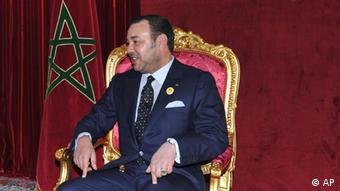 The Polisario Front resistance movement has long been suspected of having contact with Islamists in Algeria who are now also active in northern Mali. Algeria has taken in many refugees from Western Sahara. Some 150,000 people live in camps there, most of them in deplorable conditions. Six months ago the African weekly journal “Jeune Afrique” reported that many had become radicalized and were actively supporting the Algerian jihadists.

Ulrich Delius warns that claims like this are hard to prove. What can be said, he adds, is that there is a very young population in the refugee camps in southern Algeria, many of who are far from optimistic about the future, and that is a big problem.

“If just three or four of the more than 100,000 people who live in the camps join a terror movement, that can create the impression that all Saharawis are radical Islamists,” Delius said.

While Algeria sees itself as a protective force for the Saharawis, Morocco has been trying to make up for deficits in its democratic legitimacy vis-à-vis the region. It treats the area under its control like any other Moroccan province and lets it share in Morocco's economic growth. It ignores the fact that it is violating international law, as do its trade partners. The European Union, for example, has not removed the occupied territory from its free trade agreement with Morocco. That means that vegetables naming Morocco as the country of origin land on supermarket shelves in EU member countries, although the vegetables were actually grown in the Western Sahara.

It's a similar tale with a large wind power plant being built by German company Siemens, as Axel Goldau, head of the newly-founded association “Freedom for Western Sahara” told DW.

“Early last year Siemens said they had succeeded in entering the African windpower market and they named Morocco. But that is only half the truth as a major windpower project is planned for the Atlantic coast region near El Aaiun in the occupied Western Sahara.” 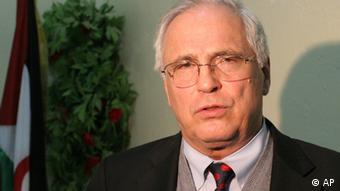 In other words, Goldau says, Siemens has simply adopted the Moroccan view that Western Sahara belongs to it. “This makes the peace process and the task of the UN more difficult.”

According to the UN, the Moroccan occupiers subject the Western Sahara population to harsh treatment. UN special envoy Christopher Ross recently warned of the danger of radicalization. The frustration felt by the Saharawis is growing. As they see it, they have kept their part of the 1991 ceasefire agreement, Morocco has not.

The survival of the Western Sahara people as a whole is on the brink after the abduction of three foreign workers. It's yet another challenge for a nation displaced in the Algerian desert for 37 years, and counting. (03.07.2012)

In the wake of the ongoing unrest across the Arab world, voices from the forgotten Western Sahara conflict claim their role in the so-called Arab Spring. DW talked to a Western Sahara independence activist. (18.06.2012)

No progress on fate of Western Sahara

The fate of sparsely-populated Western Sahara remains in doubt, after the latest round of regional talks on the territory's political future failed to produce any results. UN mediators say the talks will continue. (14.03.2012)